Otello by Verdi at the Teatro Argentino de La Plata 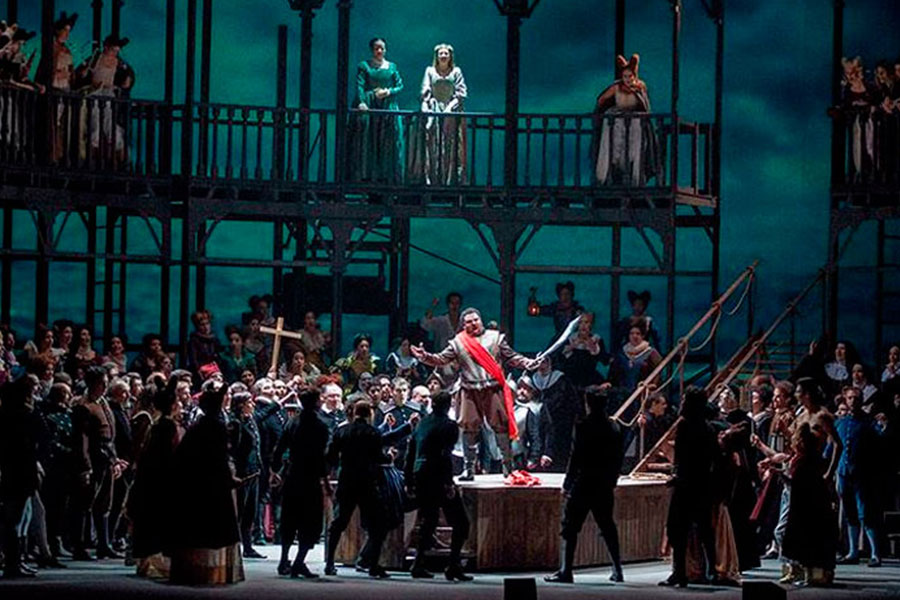 After La Traviata and Carmen, the lyric season of the Teatro Argentino de La Plata continues with one of the most praised and moving operas of the universal repertoire. Otello, Verdi’s masterpiece, with a remarkable libretto by Arrigo Boito based on the classic Shakespearean tragedy, is back on the Argentine stage with an outstanding cast and six performances between Friday, July 31 and Saturday, August 8. Under the musical direction of Carlos Vieu and a staging originally presented last year at the Municipal Theater of Santiago de Chile, with the regime of Pablo Maritano and scenery and lighting by Enrique Bordolini and costumes by Sofia Di Nunzio, the main characters are interpreted by: the tenors José Azócar and Juan Carlos Vassallo in the title role, the sopranos Paula Almerares, Haydée Dabusti and Daniela Tabernig as Desdemona and the baritones Fabián Veloz and Licio Bruno as Iago.

.
Also participating in the cast Mariana Carnovali as Emilia, Sergio Spina and Francisco Bugallo as Cassio, Maximiliano Agatiello and Pablo Skrt as Rodrigo, Carlos Esquivel and Emiliano Bulacios as Ludovico, Mario de Salvo and Felipe Carelli as Montano, and the latter alternates with Oreste Chlopecki like a herald. The Stable Choir of the Argentine Theater is prepared by Hernán Sánchez Arteaga, and the Children’s Choir by Mónica Dagorret.
Otello, photography courtesy of Teatro Argentio de La Plata