A double programme concert version is the third title of the season Opera Tenerife and will be under the baton of Maestro Pedro Halffter in just one show this December 14 with a group of outstanding soloists.

Ópera de Tenerife presents Der Diktator & Der Kaiser von Atlantis, a double concert version program, which will be performed in a single function on Saturday December 14 at the Symphony Hall of Auditorio de Tenerife. This program brings together two operas composed by Austrian composers of the first half of the 20th century who, under the magnifying glass of sarcasm, address the issue of totalitarian power. When Krenek composed Der Diktator in 1928 fascism was already implanted in Italy and would soon arrive in Germany. Der Kaiser von Atlantis was composed by Viktor Ullmann in 1943 in a concentration camp.

Der Diktator [The dictator] is a tragic opera in an act with music and libretto, in German, by the composer himself, premiered at the Hessisches Staatstheater in Wiesbaden on May 6, 1928. In this short and fulminating rhythm, composed in a style melodic, the irresistible attraction of populist power is staged, represented by a character that many saw inspired by the person of Mussolini.

Der Kaiser von Atlantis [The Emperor of Atlantis] is an opera in one act with music by Austrian composer Viktor Ullmann and German libretto by the poet Peter Kien composed in 1943 during captivity in the Theresienstadt concentration camp (Terezín), in which both were held for their Jewish origins. The work, with echoes of Viennese Expressionism, tells how a tyrant, satirical portrait of Hitler, leads humanity to a cruel massacre by pushing Death itself to strike. Ullmann was deported in 1944 to the Auschwitz-Birkenau camp where he was killed in the gas chamber. The first performance of Der Kaiser von Atlantis could take place only in 1975 in Amsterdam.

Two main sources of are preserved Der Kaiser von Atlantis: Ullmann’s handwritten score and photocopy of a Kien manuscript script. But, with those sources, which do not coincide with each other, there is no way to find out what were the original wishes of the musician and librettist, who did their jobs in the most peculiar and difficult conditions of the field. The modifications of the music and the text of the opera were reconstructed by Henning Brauel, until it resulted in the Kerry Woodward version, which was the one that premiered at the Bellevue Theater in Amsterdam on December 16, 1975. When the premiere took place In Spain in 2016, Pedro Halffter decided to use his solvent facet as a composer and orchestrator to “round up” the event.

Maestro Halffter has been the artistic director of the Teatro de la Maestranza in Seville, the Royal Symphony Orchestra of Seville, the Philharmonic Orchestra of Gran Canaria, the principal guest conductor of the Nürnberger Symphoniker and the principal conductor of the Bayreuth Festival Youth Orchestra. He has taken the podium of orchestras such as the Philharmonia Orchestra of London, Symphonieorchester des Bayerischen Rundfunks, Deutsches Symphonie-Orchester Berlin, Staatskapelle Berlin, Dresdner Philharmonie, RAI, hr-Sinfonieorchester Frankfurt, Stuttgarter Philharmoniker, Rundfunk-Sinfonie orchester or Berlin, Konze Maggiore Berlinle, Konze Maggiore Berlinle Fiorentino and the main Spanish orchestras.

Born in Pavia, he graduated with honors in Philosophy from the Università di Milano. He also trained in violin and studied singing with Maestro Paolo Montarsolo, specializing with Carlos Chausson.

Among his many successes we also remember: La Gazzetta in Barcelona; Don Pasquale directed by Muti in Ravenna; It is convenient for you to inconvenience theater in Dresden; L’equivoco stravagante in Berlin; Le Nozze di Figaro and Don Giovanni in Düsseldorf; The Turkish in Italy at the Rossini Opera Festival, in Düsseldorf and in Trieste; and Teneke by Fabio Vacchi at the Teatro alla Scala.

The album Fleur will be released in 2020 in a duet with A.Palloc on themes by Wiener, Milhaud, Satie and Honegger.

Among her next commitments Prières boréales in Limoges; Requiem Brahmsin Liege and in Brussels; recitals in Cannes, Lille and the Prague International Spring Music Festival.

Trained at the Simón Bolívar Conservatory of Music in Venezuela and at the Reina Sofía School of Music in Madrid, his education as a singer has been in the hands of prestigious artists such as Tom Krause, Ryland Davies, Teresa Berganza, Helen Donath and Milagros Poblador among others.

In his professional life, mostly dedicated to opera, he has had the opportunity to embody, among others, the roles of Don Ottavio (Don Giovanni, Mozart), Tamino (Die Zauberflöte, Mozart) and Ferrando (Così fan tutte, Mozart) . Also in his repertoire are Florville (Il signor Bruschino, Rossini) with the Gulbenkian Orchestra in Portugal; Demetrio (Demetrio e Polibio, Rossini), Radosky (Sigismondo, Rossini) and Marquis Drouet (Il vespro Sicilian, Lindpaintner). These last three operas were recorded live by Naxos Records at the Rossini Festival in Wildbad, Germany.

He recently debuted the role of Nemorino in L’elisir d’amore de Donizetti thanks to the Opera (e) Studio of Tenerife in a production that will be repeated at the Tbilisi Opera and Ballet State Theater in Georgia and the Teatro Comunale di Bologna.

He has been part of the Rossino Academy of Pesaro and debuted at the Rossini Opera Festival as Lord Sidney and Don Prudenzio (Il viaggio a Reims, Rossini). Member of the Rodolfo Celletti Academy of Martina Franca was able to release several roles in the Festival of Valle d’Itria, such as Seneca (L’incoronazione di Poppea, Monteverdi). Also in the Scuola dell’Opera he participated in numerous productions of the Teatro Comunale di Bologna and the Regio di Parma Theater, where he debuted in 2016 as Martino (L’occasione fa il ladro, Rossini). In 2017 he has also been a member of Opera (e) Studio in Opera di Tenerife where he debuted as Lorenzo (I Capuleti ei Montecchi, Bellini); Dottor Grenvil (La traviata, Vedi) and as the Barone di Trombonok (Il viaggio a Reims, Rossini). Don Fernando (has recently sungFidelio, Beethoven)at the Teatro Comunale di Bologna and Dio Marte (Silla, Handel) at the Enescu Festival in Bucharest with Galante Europe under the direction of Fabio Biondi.

Born in Granada. Study with Carlos Chausson, Coral Morales and Giulio Zappa. It is part of the Opera Studio of the Accademia Nazionale di Santa Cecilia in Rome and the Naples Opera Program, both supervised by Renata Scotto.

Born in 1990, studies singing with teacher Antonella Sdoja. She also attends the International Singing Academy of soprano Katia Ricciarelli and in 2010 debuts as Donna Elvira (Don Giovanni, Mozart). In September 2015 she graduated with honors in singing under the tutelage of Donatella Debolini at the Cherubini Conservatory in Florence. She immediately won important competitions, among them she won the First Prize of the II International Opera Contest of Ópera de Tenerife. 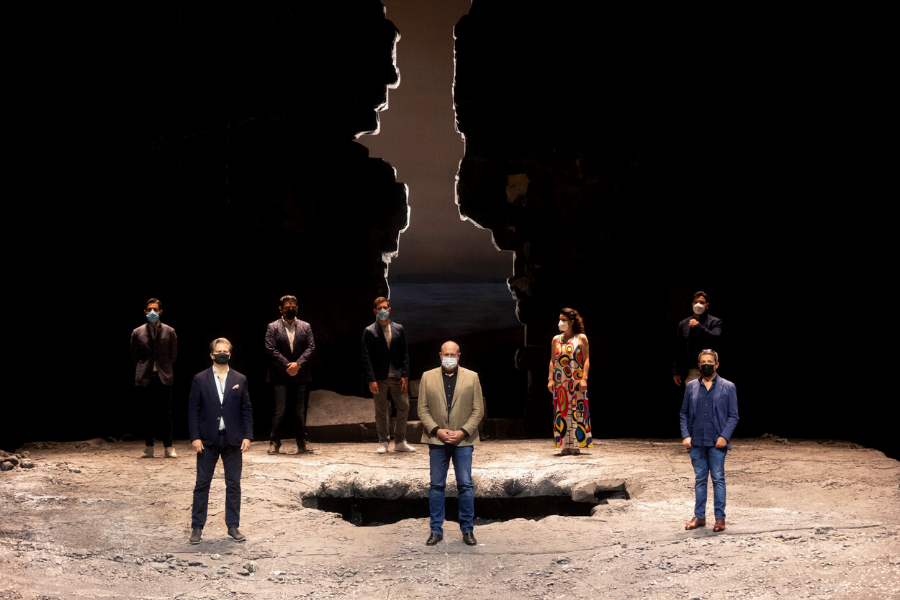 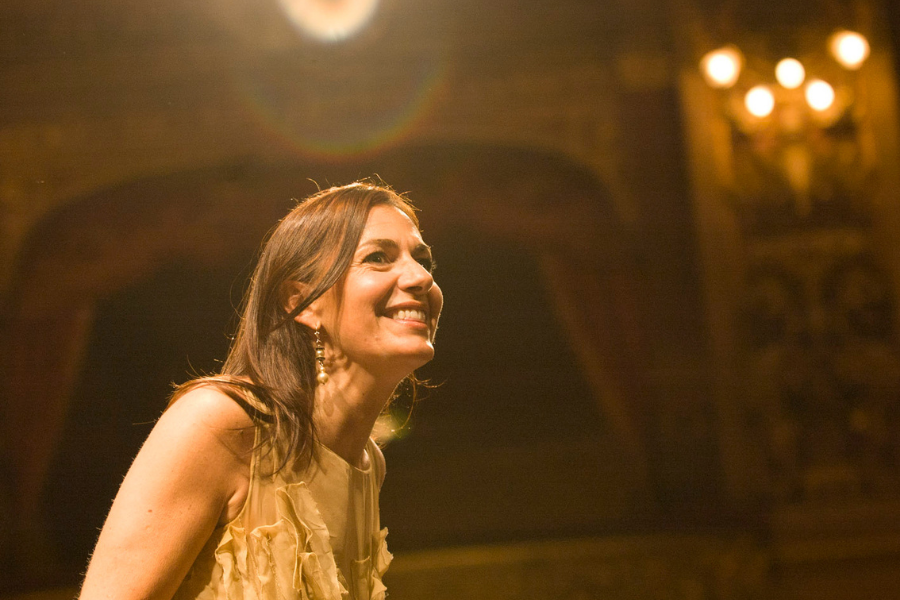