Mozart titles stand out in Colombia, Argentina and Uruguay 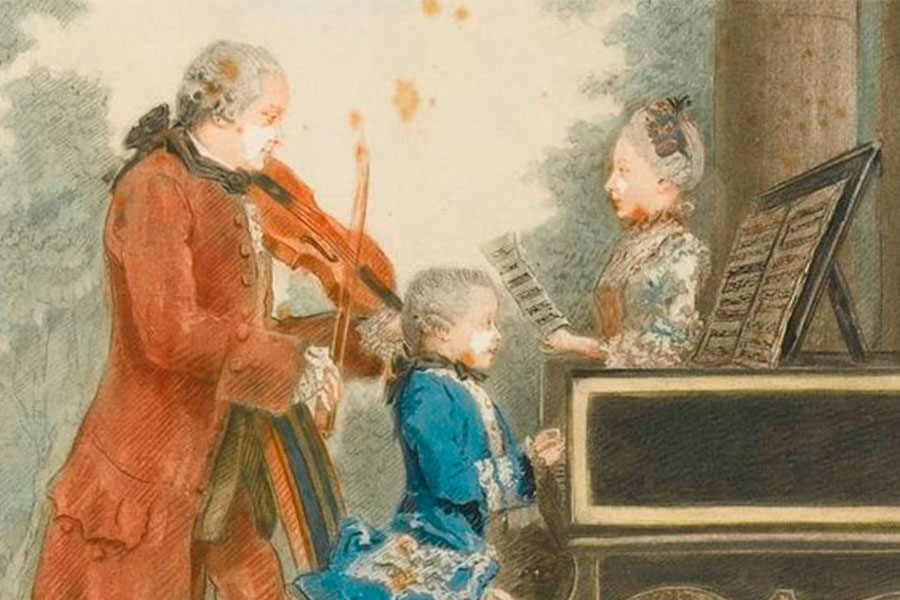 Its presence is common in the repertoires of all the theaters in the world, and in our region it is also frequent that titles of the great Wolfgang Amadeus Mozart are programmed. Thus, as far as 2015 goes, the weddings of Figaro were already presented in the Juventus Lyrica season at the Teatro Avenida de Buenos Aires, and The Magic Flute in Concepción, Chile, and in November the Municipal Theater of Sao Paulo will offer Così fan tutte, and the Municipal de Rio de Janeiro will also address The Marriage of Figaro. And the operatic legacy of the Salzburg composer is particularly alive this September in Latin America, as confirmed by that in less than two weeks those same three operas, which are among the most famous of his career, will be presented again in important settings of Colombia, Argentina and Uruguay

.
As part of the 2014 Colombian Opera season, there will be a true event for the Latin American lyric scene, because after its reopening last year after six years of restorations, the most emblematic and traditional theater in the country, the Colón de Bogotá ( inaugurated in 1892 and declared a national monument in 1975), it will again offer the public an opera, and the work chosen for such an important occasion is Così fan tutte, which after 31 years of absence (its premiere in Colombia was in 1984) returns with a staging of the Italian Gianpaolo Corti with scenery by Leila Fteita, costumes and makeup by Adam Martínez and lighting by Claudio De Pace. The musical direction will feature Hillary Griffiths at the head of the Colombian Symphony Orchestra, in addition to the Colombian Opera Choir led by Luis Díaz. The cast will be composed of leading Colombian artists who have already shone internationally, such as Juanita Lascarro (Fiordiligi), Alejandro Escobar (Ferrando), Juan Fernando Gutiérrez (Guglielmo), Karolyn Rossero (Despina) and in the role of Don Alfonso will be the bass-baritone Valeriano Lanchas, who after acting in coliseums such as the Liceu de Barcelona and the Real de Madrid, in November will debut at the Metropolitan Opera House in New York as Don Bartolo in El barbero de Sevilla; The international figure of this Così fan tutte will be the Italian Paola Gardina, who will debut in Colombia playing Dorabella, a character that will already sing in prestigious theaters such as the Scala in Milan and the Real de Madrid. The performances will be on Thursdays 3 and 10, and Saturdays 5 and 12.

.
In Córdoba, the Liberator Theater will offer from Thursday 10 and as the second title of its season (after the Tosca of April), The Magic Flute, with the Cordoba Symphony Orchestra conducted by its owner, the Colombian teacher Hadrian Avila Arzuza, the participation of the Polyphonic Choir of Córdoba and with a staging of the Argentine régisseur Marcelo Lombardero, with scenery of Gastón Joubert, costumes of Luciana Gutman and lighting of Horacio Efron. There will also be performances on Saturday 12, Tuesday 15 and Thursday 17, and the cast will be integrated into the main roles by the tenor Santiago Ballerini (Tamino), the sopranos Jaquelina Livieri (Pamina) and Oriana Favaro (Queen of the Night), the baritone Luciano Garay (Papageno), bass Iván García (Sarastro) and bass Gustavo Gibert (Speaker), in addition to having secondary roles with artists Sabrina Paterno, Ana Barrionuevo, Marcela Benedetti, José Curado, Daniel Asrin, Alejandra Tortosa, Rosario Febre, Agustín Novillo and Germán Asis.

.
For its part, the Teatro Solís de Montevideo will close its opera season with Las Margos de Fígaro, which will be on Friday 18, Sunday 20 and Tuesday 22, with an original production that incorporates the Philharmonic Orchestra of Montevideo and the National Comedy, the Baton of the Swiss master Nicolas Rauss, with the scenic direction of Coco Rivero and Pamela Villalba in charge of art direction, set design (with Claudia Schiaffino) and costumes, as well as the lighting by Pablo Caballero. The cast will feature the Brazilian Igor Vieira as Figaro, Argentina’s Ana Laura Menéndez as Susana, the American Eglise Gutierrez as the Countess and Argentina’s Florencia Machado as Cherubino, along with prominent Uruguayan artists such as Alfonso Mujica (Count), Marcelo Otegui (Bartolo ), Mariela Nocetti (Marcellina), Gerardo Marandino (Basilio), Álvaro Godiño (Antonio), Marianne Cardoso (Barbarina) and Andrés Barbery (Curzio).