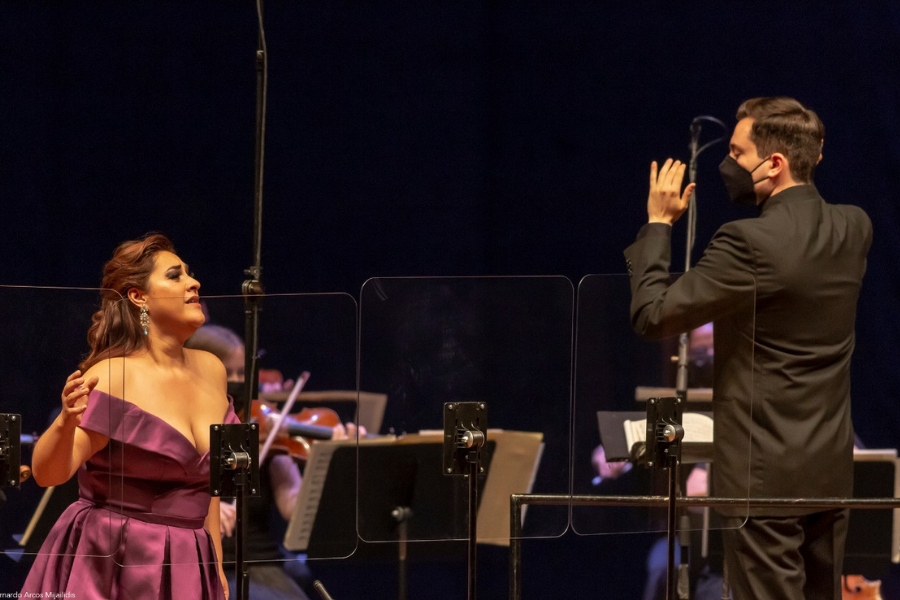 With strict sanitary protocols, the attendees enjoyed the first face-to-face concert of the Orchestra of the Fine Arts Theater, conducted by Iván López Reynoso and with the mezzo-soprano Rosa Muñoz.

After six virtual seasons of opera, which are added to an intense activity on social networks, with more than 3,000 publications that have exceeded 16 million hits, in Mexico and other parts of the world, during the health emergency caused by COVID- 19, the National Opera Company, represented by the string section of the Orquesta del Teatro de Bellas Artes (OTBA) and its director Iván López Reynoso, offered its first face-to-face concert this Sunday, July 4, with the mezzo-soprano Rosa Muñoz as soloist invited, after more than a year of absence from the stage.

López Reynoso expressed that “it was an emotional, satisfactory and joyful reunion with the public and with the house of the National Opera Company.” He stressed that, personally, this concert has a special significance, as it is the first in his capacity as titular conductor of the orchestral group.

On her part, the mezzo-soprano Rosa Muñoz said she felt “a lot of nostalgia and excitement to be at this concert, after not being in contact with the theater and with an orchestra for so long. It was a great experience to be in this special concert with the Orquesta del Teatro de Bellas Artes. It was very exciting to feel the response from the audience, the connection and energy in the room. ” 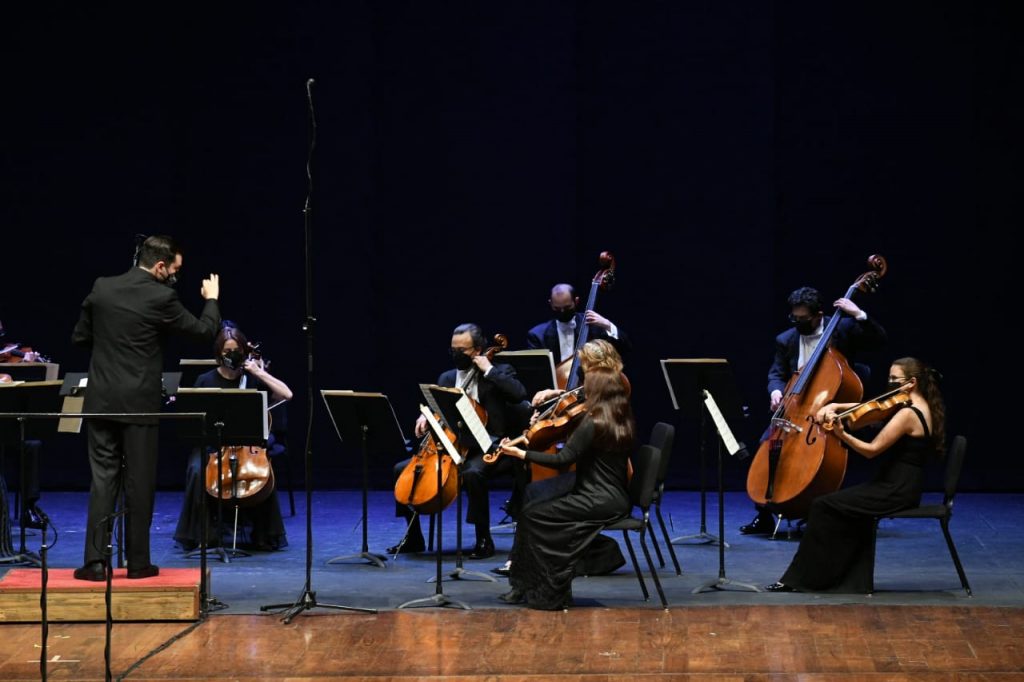 With a program that brought together three great authors of Italian lyric from the late 19th and early 20th centuries, the presentation began with the famous work Crisantemi by Giacomo Puccini, original for string quartet and transcribed for string orchestra by Yoav Talmi, work that would appear three years later as part of the opera Manon Lescaut by the same author.

Later, Il tramonto (1914) was performed, considered one of the masterpieces in Respighi’s catalog. A poetic work, with verses by Percy Bysshe Shelley, endowed with a moving melancholy and music of an enormous lyricism. The interpretation of the mezzo-soprano Rosa Muñoz was full of emotion, musicality and vocal dominance.

Finally, the audience was delighted with Giuseppe Verdi’s Symphony for Strings in E minor for String Quartet and this time performed in the symphonic version by Lucas Drew. A work rarely heard by the Mexican public, in which a combination of the theatrical and melodic skills of the author fused in a fluent and eloquent writing is evident.

“It is incredible to return to the Palace of Fine Arts”

At this # ReactivaciónMusicalenBellasArtes concert, the audience said goodbye to the OTBA, its director and the guest soloist with warm ovations. Among the testimonies that the audience shared before and after the concert, there were expressions of happiness and optimism, such as: “It is wonderful to return”, “It has been very pleasant.” “It must never be lost, because culture must be present in all of us.” “A lot of emotion, how good that we can already be present at this event with amazing works”. “How good that [it has been] done safely and with all the tools.” “We have been able to carry out this wonderful event, a step forward in returning to a new normal.” “It is incredible to return to the Palace of Fine Arts. This concert is a great start for the Opera de Bellas Artes ”. “Hopefully the next concert is totally amazing.” 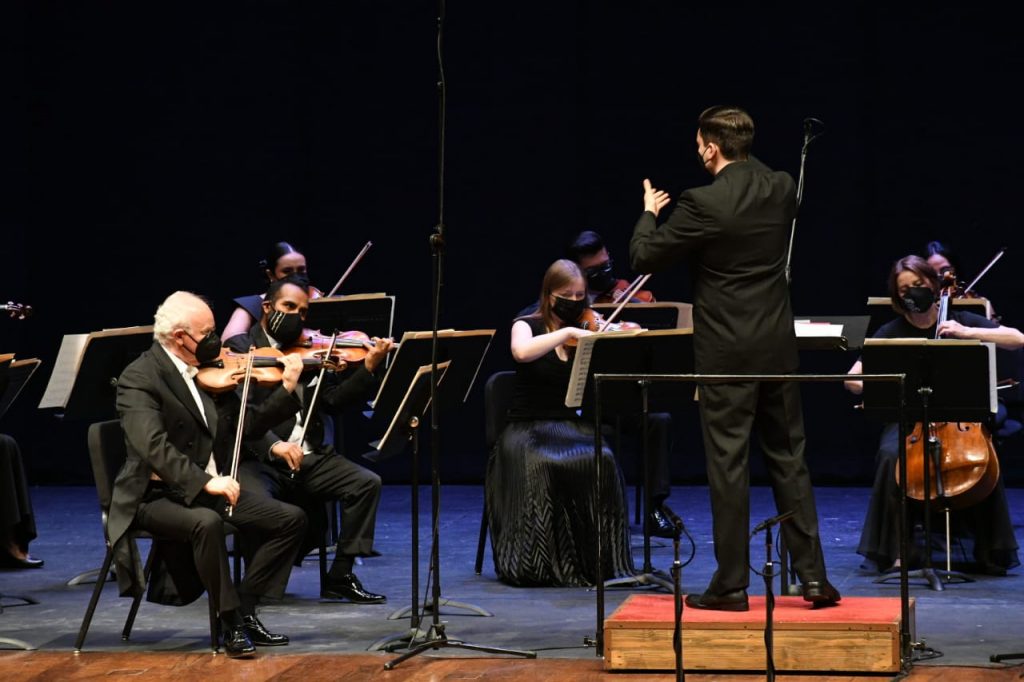 Those attending this concert, both the orchestra and the conductor, as well as the audience, maintained strict care for health security measures.

There were no exceptions in the room, between assistant and assistant –with space for four seats- and on stage, everyone wore the mask permanently throughout the concert, while the guest soloist sang with an acrylic shield as a protection measure. The protocol of entry, stay and exit of the public to the site was carried out in an organized manner, ensuring a healthy distance and attending to all health prevention provisions.

Ópera de Bellas Artes will be presented with a program made up of works by Wolfgang Amadeus Mozart and Gabriel Fauré next Sunday, July 11, at 5:00 p.m., in the Main Hall of the Palace of Fine Arts. Tickets are already on sale t the ticket offices of the Palacio de Bellas Artes and through Ticketmaster.

The hand program will be available in advance on the social networks of INBAL and the National Opera Company, and can also be obtained on cell phones through a QR code that will be available at the entrance of the venue.