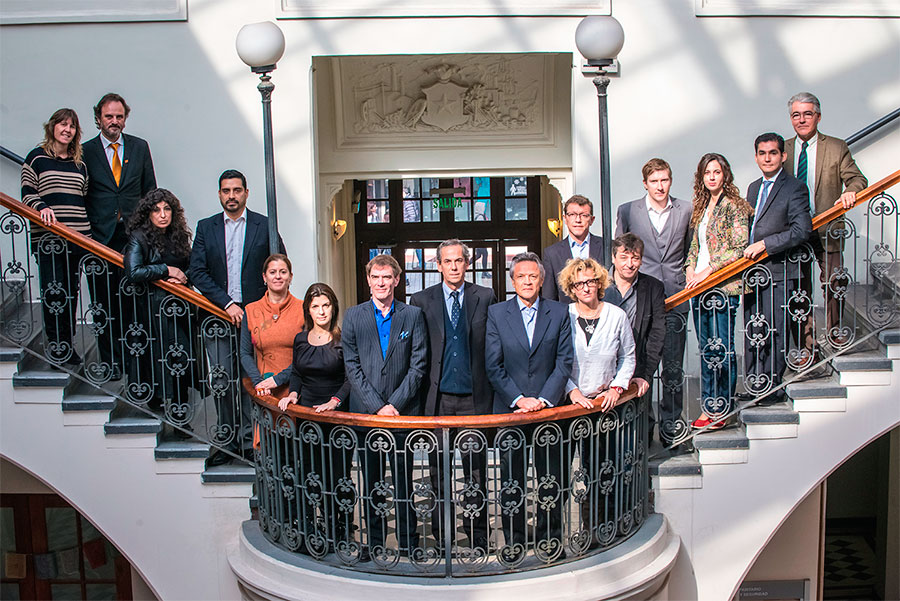 The VI Latin American Opera Meeting, held on Thursday, July 23 and Friday, July 24 in Santiago, Chile, brought together representatives of theaters and institutions from Argentina, Brazil, Chile, Colombia, Ecuador, Mexico, Peru and Uruguay, and together with confirming the Strengthening as an institution and the ties of collaboration and work that are being established among its members, the opportunity was taken to choose a new directive, headed by Darío Lopérfido, general and artistic director of the Teatro Colón of Buenos Aires, who will succeed Andrés Rodríguez in the presidency of the organization.

.
Andrés Rodríguez, general director of the Municipal Theater of Santiago (to whom during the meeting a tribute was made for his successful management since the creation of OLA in 2007, as well as for his fundamental role in Latin America’s positioning on the world lyric scene) and Ramiro Osorio, general director of the Teatro Mayor Julio Mario Santo Domingo, were appointed respectively as first and second vice president. Alejandra Martí, development manager of the Municipal Theater of Santiago, was re-elected as executive secretary of the organization, and the board was composed of the Solís Theater of Montevideo, represented by its director Daniela Bouret, the Municipal Theater of Sao Paulo, represented by her artistic director John Neschling, and the National Institute of Fine Arts of Mexico, represented by Jaime Ruiz Lobera, national coordinator of music and opera.

.
As part of the meeting, participants were able to attend opera performances The Rake’s Progress at the Municipal Theater of Santiago, as part of the Chilean premiere of this Stravinsky play. In addition to this renewal of its managers, OLA defined its axes for the next three years, which will focus on the development of new technologies, the strengthening of web platforms and social networks, the integration of intermediate institutions and the support of Latin American artists. After eight years of interrupted operation, this sixth biennial meeting showed that the organization has been successful and is helping to better communication, coordination and collaboration between the main institutions that spread the lyric in our region.

.
As a seal of its management, Lopérfido will bet on the decentralization of the administration of O.L.A. through the assignment of responsibilities to representatives of various countries, with the aim of strengthening networking in this new stage. The strategic axes to work during this period will be the strengthening of international links between the different member countries to favor the circulation of productions and enhance cultural tourism; the consolidation of digital development through the use of new technologies and digital communities through the greater use of social networks and other web platforms; the creation of a new membership system that integrates and increases the participation of intermediate institutions and individual managers; the improvement of the support network for Latin American artists both in the region and in other continents.

.
On the occasion, four new commissions were established to work on other important lines: communications; audience development; the circulation and artistic co-production; research, expansion and promotion of new programmatic lines around opera. With the purpose of following up on everything agreed, the next meeting was scheduled for December 4, 2015 in Buenos Aires.