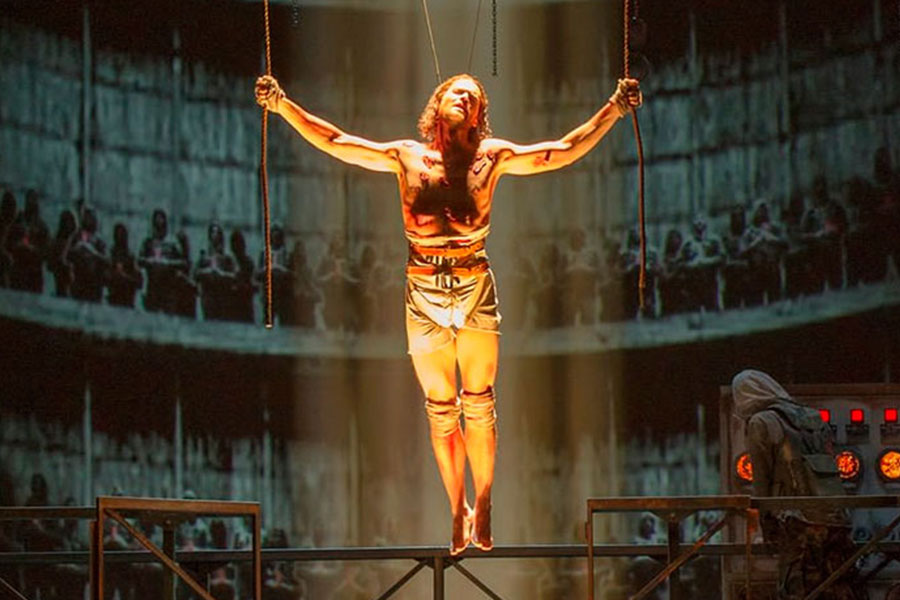 After almost three decades of absence from its stage and closing its opera season, one of the great masterpieces created by Wagner is back at the Teatro Colón in Buenos Aires: the “sacred festival” Parsifal, in a new staging that marks the return of the Argentine régisseur Marcelo Lombardero (in the image, a moment of the act II of this assembly, photography by Máximo Parpagnoli), with an artistic team composed of the set designer Diego Siliano, the costume designer Luciana Gutman, the lighting design by José Luis Fiorruccio and the choreography of Ignacio González Cano.

.
Under the direction of Alejo Pérez, the talented Argentine director who is triumphing in prestigious European stages such as the Real de Madrid, the Opera of Rome and the Salzburg Festival, a group of prestigious international singers leads the cast, counting in the title role with one of the character’s international interpreters, the tenor Christopher Ventris; Next to him, Stephen Milling is Gurnemanz, Ryan Mc Kinny plays Amfortas, Nadja Michael is Kundry and Héctor Guedes plays Klingsor, accompanied by local figures such as Hernán Iturralde as Titurel, Iván Maier and Norberto Marcos as Knights of the Grail and Alejandra Malvino as The voice from above. Interpreting the four squires are Vanesa Tomas, Cecilia Aguirre Paz, Sergio Spina and Fernando Grassi, while the flower girls are the singers Oriana Favaro, Rocío Giordano, Victoria Gaeta, Vanesa Aguado Benítez, Eleonora Sancho and Cecilia Pastawski.

.
After the premiere on Thursday 4, there are performances on Sunday 6, Wednesday 9 and Friday 11, the latter will also be broadcast live for everyone through the Colón website.