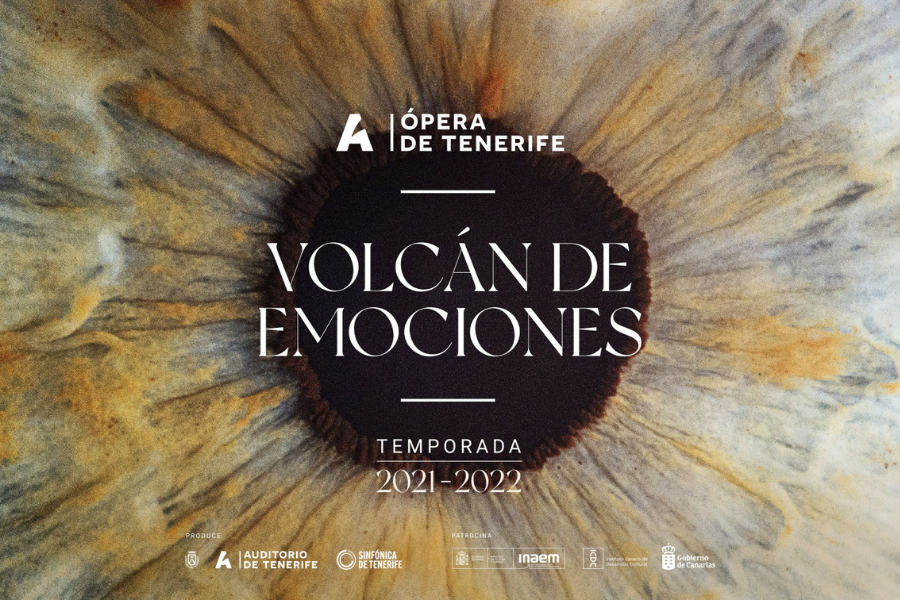 The Cabildo presents the Season 21-22 of Ópera de Tenerife by the hand of its Minister of Culture, Enrique Arriaga, and the insular director, Alejandro Krawietz. The productions that have been programmed are La casa de Bernarda Alba, Attila, Francesca da Rimini, The old maid and the thief, Florence in the Amazon and Les contes d’Hoffmann (The stories of Hoffmann) . In total, there will be six appointments with the lyric that will take place at the Tenerife Auditorium between October 2021 and April 2022. This season it is worth highlighting that two of these operas are staged for the first time in Spain: The old maid and the thief and Florence in the Amazon.

Enrique Arriaga explained that “this new proposal offers classic book titles that will go hand in hand with contemporary bets, some of which will be seen for the first time in our country” and announced that “the sale of the first two titles will begin on July 26 ”.

The counselor pointed out that “we advance all the programming of the season so that more viewers can be added, although the sale will be gradual to react according to the allowed capacity”. Arriaga said that the Tenerife Symphony will be present in all the productions, except for The old maid and the thief, where the music will be contributed by the pianist and musical director Javier Lanis.

For Alejandro Krawietz “this season consistently reflects the trajectory of Ópera de Tenerife from its beginnings, but opens up new areas of investigation with contemporary titles and in Spanish”. The insular director highlighted that the season starts with La casa de Bernarda Alba, “which is an operatic version of Lorca’s universal classic, while Verdi’s Attila belongs to its first stage and is openly nationalist.” Also, Florencia’s proposal highlighted en el Amazonas, by Daniel Catán, with which Ópera de Tenerife “opens up to Latin American poetry.” “This program explores modernity in the countryside without renouncing the classics,” stated Krawietz. 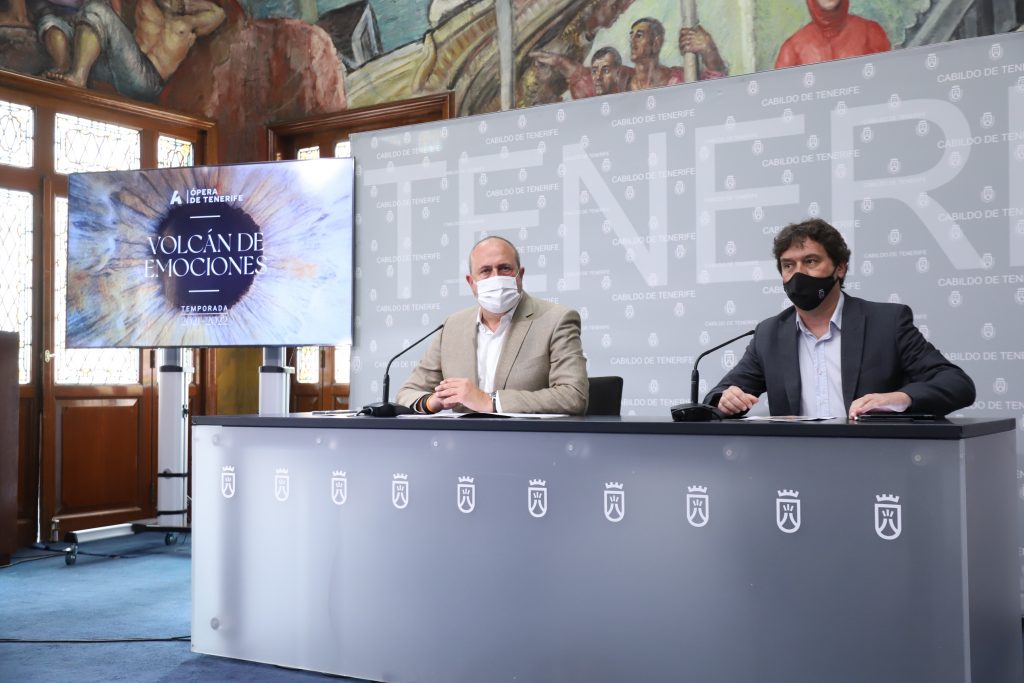 The season begins with La casa de Bernarda Alba, by Miguel Ortega, a contemporary opera in Spanish with a libretto by Julio Ramos, which will take place on October 19, 21 and 23 at the Sala Sinfónica. It premiered in Romania in 2007 and the presentation in Spain was at the Peralada Festival and the Santander Festival under a format with a symphony orchestra -the same that will be seen in Tenerife-, although the composer also made an adaptation for a chamber orchestra , which was chosen by the Teatro de la Zarzuela in 2018.

This production by Auditorio de Tenerife will have the musical direction of Ortega himself, while the stage direction will be carried out by Silvia Paoli, who recently signed Lucrezia Borgia. Agnese Rabatti will be the costume designer and the lighting will bear the Marie Lambert stamp.

As for the main roles, the mezzo-soprano Nancy Fabiola Herrera -who was a few days ago with the Tenerife Symphony at the Canary Islands Music Festival- will play the matriarch Bernarda Alba, as she already did in the version of the Teatro de la Zarzuela, While her daughters will be interpreted by the soprano Carmen Acosta as Adela, Beatriz Lanza as Martirio, the mezzo Marina Rodríguez-Cusí as Amelia, the mezzo Belén Elvira as Magdalena (who also repeats the role) and the soprano Melody Louledjian as Angustias. The baritone Luis Cansino will repeat in the role of the housekeeper Poncia, the soprano Carmen Mateo will play one of the maids and the actress Marga Arnau will be María Josefa.

The second title of the season is the classic Attila, by Giuseppe Verdi, which will take the stage of the Symphony on 23, 25 and 27 November. Verdi’s ninth opera consists of a prologue and three acts with a libretto by Temistocle Solera. This proposal was released in the mid-nineteenth century and presents the story of Attila, king of the Huns, and his relationship with Odabella. The staging is far from the traditional characteristics of this title, but maintains the spirit of the Verdi work.

This co-production by the Auditorio de Tenerife with the Teatro Reggio di Parma has the musical direction of Christopher Franklin, and a stage and scenographic proposal by Andrea de Rosa. The costumes will be signed by Alessandro Lai and the lighting will be by Pasquale Mari.

On the interpretive level, it will be the Croatian bass-baritone Marko Mimica who will play the warrior Atila and the Uruguayan soprano María José Siri will be the young Odabella. The baritone Alfredo Daza will play Ezio, while the tenor Antonio Poli will sing the role of Foresto, the bass Rocco Cavaluzzi, that of Leone, and the tenor Javier Palacios, that of Uldino.

Francesca da Rimini, in the concert version of Saverio Mercadante, is the unstaged proposal for this season, which will take place on December 11 at the Symphonic Hall. Based on the story of the Italian noblewoman who inspired Dante for his Divine Comedy, this opera consists of two acts with a libretto by Felice Romani. Although it was composed in 1830, the world premiere had to wait until almost two centuries later.

Ópera de Tenerife will count for this concert with the musical direction of Alessandro Palumbo and with the voices of the soprano Beatriz de Sousa as Francesca, the mezzo-soprano Nozomi Kato as Paolo, the tenor David Astorga as Lanciotto and the bass Francesco Leone as Guido.

The first title of 2022 will take place on January 22, 23, 29 and 30 and will be the chamber opera The old maid and the thief, a title commissioned by US NBC radio from the musician Gian Carlo Menotti, who also wrote the libretto. It was premiered in 1939 on the radio with great success and later Menotti made an adaptation so that it could be taken to the stage, which took place for the first time in Philadelphia in 1941. The musical direction of this production will be carried out by Javier Lanis and the The intention is that the four roles of this title be performed by Canarian singers, where the presence of the soprano Candelaria González and the baritone Fernando García-Campero has been confirmed.

On March 22, 24 and 26, Florencia en el Amazonas will stand up, a proposal with which Ópera de Tenerife introduces itself into Latin American compositions. This title is programmed for the first time in Spain, after an extensive tour of the opera houses of America and only two presences in Europe (Germany and Switzerland). The creation of the Mexican Daniel Catán, with a libretto by Marcela Fuentes-Berain, premiered in 1996 and tells of different ways of living love through a boat trip through the Amazon.

The musical direction will be in charge of Pedro Halffter and the stage one by Chía Patiño. It will be a production by Auditorio de Tenerife that will feature the scenography by Izmir Ickbal, the costumes by Felype de Lima and the lighting design by Jax Messenger.

The leading role, that of Florencia Grimaldi, will be performed by Sandra López, a Cuban-Ecuadorian soprano. Brazilian soprano Lina Mendes will play Rosalba, Canarian tenor Airam Hernández will play Arcadio, Argentine mezzo-soprano Guadalupe Barrientos will play Paula and bass Alejandro López will be the captain.

The opera proposal adapted for the whole family this season will be Les contes d’Hoffmann (Hoffmann’s stories), a production by the Auditorio de Tenerife premiered in 2017 that will return to the Sala Sinfónica on April 23 and 24. The musical direction will be by Rubén Díez, while the scene and scenography will be signed by Raúl Vázquez. The costumes are by Leo Martínez and the lighting by Miguel Ponce.

It is an opera in three acts, with music by Jacques Offenbach and a libretto by Jules Barbier, which is based on a work that Barbier himself and Michael Carré wrote about the stories of Ernst Theodor Amadeus Hoffmann. This title was premiered at the Opera-Comique in Paris in 1881.

Due to the health crisis situation and the changing security measures depending on the alert levels, tickets will be sold gradually. In this way, the first two titles of the season, La casa de Bernarda Alba and Attila, will be the first to come out with a pack that will have a discount for season tickets 19-20. Ticket prices for these two titles for the general public range between 20 and 70 euros and the sale will begin on July 26. The Cabildo maintains the price of 5 euros for young people under 30 years of age and also offers special discounts for the unemployed, large families and for subscribers of the 19-20 season.

Tickets can be purchased up to one hour before the start of the show on the website www.auditoriodetenerife.com and by phone at 902 317 327 and at the box office from Monday to Friday from 10:00 a.m. to 5:00 p.m. and Saturdays from 10:00 a.m. to 2:00 p.m. The user will have to choose between one or two seats pre-set and previously distributed throughout the room. In August there will only be web sales available.

The purchase of the tickets implies the acceptance of the measures implemented by the Cabildo cultural center to deal with COVID-19, such as the correct use of the mask or assistance only with cohabitants. The complete measures, as well as the contagion prevention plan certified by AENOR, can be consulted on the Auditorium’s website.

This season is an initiative of the Island Council, which is carried out through the Auditorio de Tenerife with the participation of the Tenerife Symphony, and has the support of the Ministry of Culture through INAEM and the Government of the Canary Islands Institute for Cultural Development.

Title: The old maid and the thief

Title: Florence in the Amazon 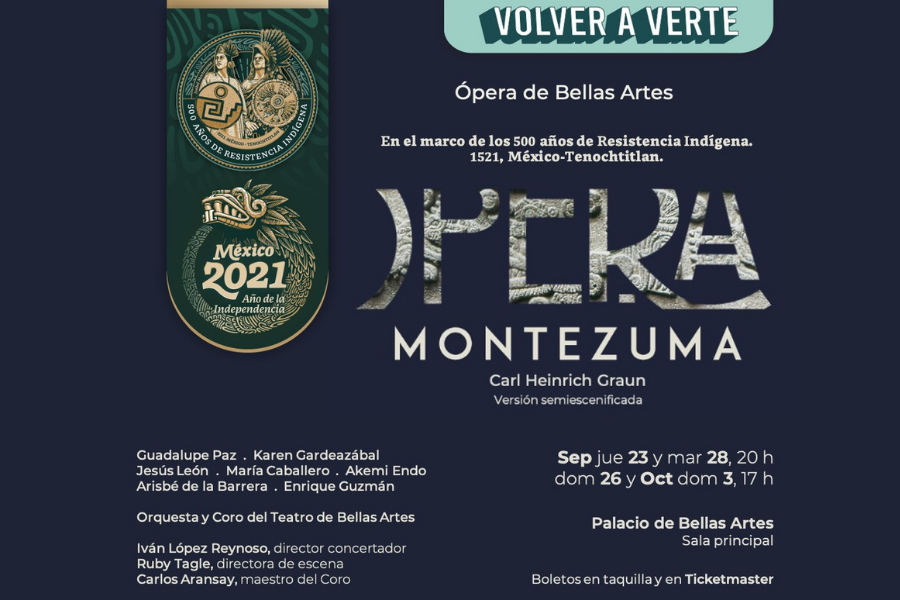 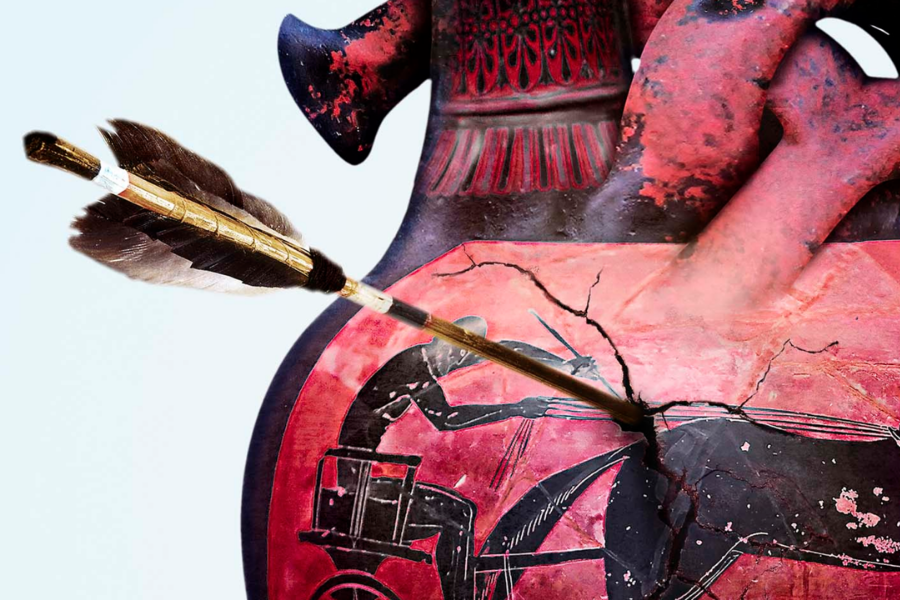 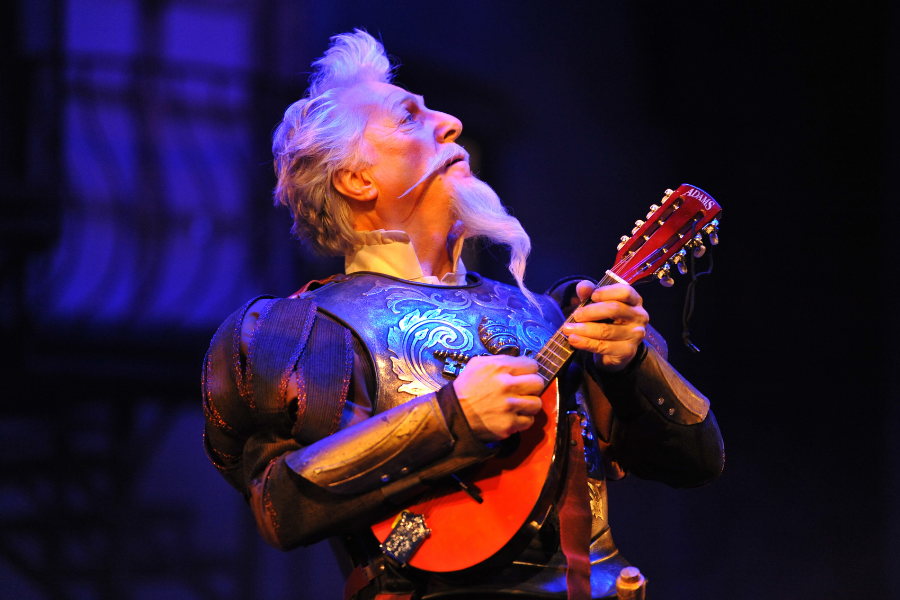