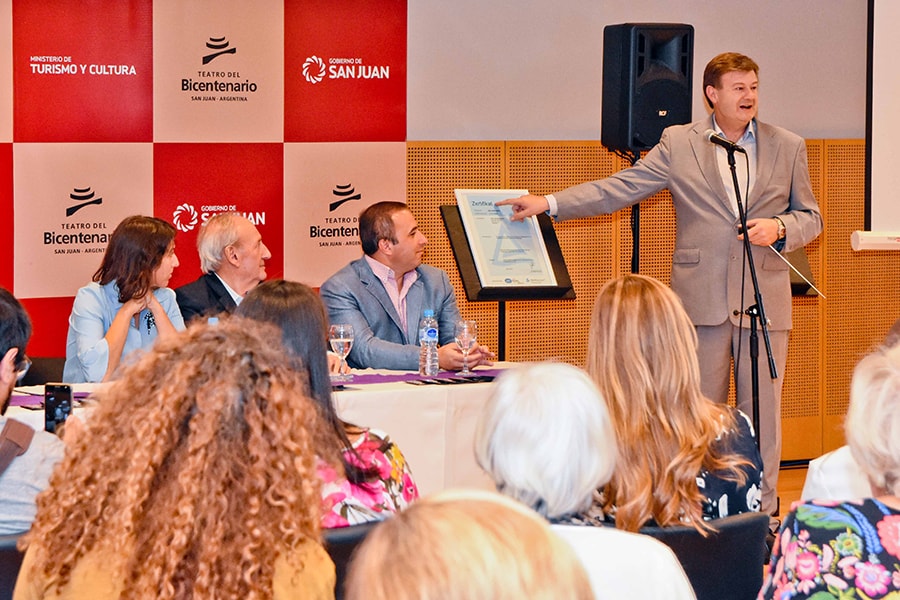 Tannhäuser for children, The Messiah, Consecration to Spring and a production of The Magic Flute make up the 2019 season of Teatro del Bicentenario de San Juan, Argentina.

The new season of Teatro del Bicentenario de San Juan opens the doors to the public on Saturday March 16, at 9:30 p.m., with an exceptional free concert by the great Irish pianist Barry Douglas, winner of the demanding Tchaikovsky competition. Those interested in attending the first performance, must withdraw their invitations at the theatre ticket office from 10 a.m. to 8 p.m.

The surprising season, with an emphasis on the family and diverse genres of art, ranges from dance, concerts, opera, ballets and special shows.

Among its novelties, Teatro del Bicentenario de San Juan presents “Guerrero”, the vibrant spectacle of the most famous Spanish flamenco dancer that will challenge all the senses. From Israel, Voca People will bring talent and energy presenting their incredible way of using the voice in a funny show.

In May, the theatre will be embellished, once again, with the patriotic colors of Argentina to celebrate a new anniversary of the Revolution of 1810 within the framework of the Gala Patria. A group of young violinists and violists, Indiana Virtuosi, members of the Academy of the Jacobs School of Music of the University of Indiana, will delight the audience with a vibrant repertoire.

Note that this season includes three major achievements: “Tannhäuser for children” by Richard Wagner, under rights and adaptation of the Bayreuth Festival in Germany, this opera is aimed at children. On the other hand, “The Messiah”, the immortal work of Händel under the choreographic conception of Mauricio Wainrot, who incorporates into this ballet of neoclassical style with contemporary elements.

And the third great proposal will be “The Consecration of Spring”, this rite and The festive liturgy will be consecrated by Oscar Aráiz, stage director, and a cast of distinguished solo guest dancers and San Juan artists, giving life to the music of Igor Stravinski.

In July the public will be able to relive the most emblematic festival of the San Juan people, the Fiesta Nacional del Sol, which adapts its final show “El calor de lo nuestro”  to the stage of Teatro del Bicentenario de San Juan, recalling the fantastic adventure of San Juan’s siesta.

The distinguished American-Israeli violinist Pinchas Zukerman, considered one of the most important performers of all time, will present the “Zukerman Trio”, transporting the audience to the exquisite world of chamber music.
In the celebration of the third anniversary, Teatro del Bicentenario de San Juan proposes an integral and unpublished production of Mozart’s opera Die Zauberflöte. In the hands of the Oscar winner, Eugenio Zanetti, and with a cast of outstanding national figures and artists from San Juan, this original stage design and especially produced by the theatre.

With an outstanding career and, celebrating its 50th anniversary, arrives at the Teatro del Bicentenario Old Jazz Band, offering the most remembered of ragtime and traditional black jazz, reliving its history. The most representative tango will also be on stage with the Néstor Marconi Quinteto. Néstor Marconi, one of the most important bandoneonists and composers in history, toured, with the tango crouched in its bellows, the most distant scenarios. An unmissable event for lovers of this genre.

It should be noted that the operas “Tanhäuser for Children” and “The Magic Flute” will be performed by the Symphony Orchestra of the UNSJ’s FFHA, under the baton of maestro Emmanuel Siffert.

Learn more details and download the entire 2019 season of the Bicentennial Theater of San Juan here.