Hänsel and Gretel, the family bet of the Opera of Tenerife 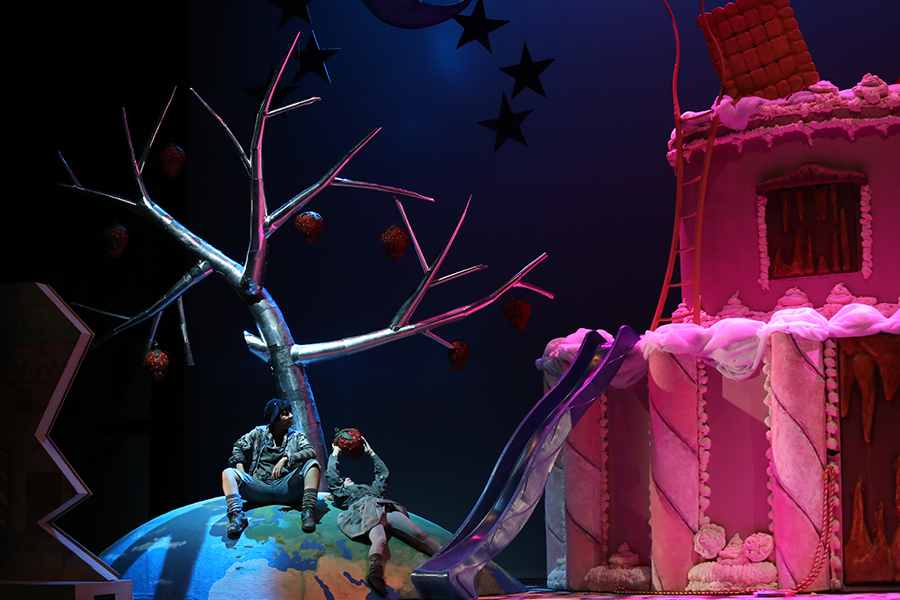 The production is part of the Opera en Familia program and will feature the stage direction of Stefania Panighini and the musical direction of Rubén Sánchez-Vieco. The functions will take place this April 27th and 28th in the Symphony Hall of the Auditorium of Tenerife.

The Opera of Tenerife presents production Hänsel and Gretel, by Humperdinck, which will be performed at the Symphony Hall on Saturday, April 27, starting at 6:00 p.m., and on Sunday 28 April, at 12:00 hours, within the Family Opera format. This singspiel addresses the struggle between good and evil and, on the other hand, the passage from childhood to the maturity of the brothers.

.
José Luis Rivero, director of the Auditorio de Tenerife highlighted this “revisita to the Humperdinck classic, which caused a sensation at its premiere in 2015, the great cast of this opera as a family, many of them friends and familiar faces of Opera de Tenerife, as the stage director, who approaches her third title with us “. For Rivero, Ópera en familia is “a very special project for us, a fundamental title of the season with which we try to bring this universal language to the public, to families, from boys and girls to grandparents, and put an end to prejudices of the opera that speak of elitism “.

.
Stefania Panighini thanked Ópera de Tenerife “for bringing me back because it’s like coming home”, acknowledged the stage director, who reflected on the duty of art: “theater and opera are made for fun but sometimes It entails another task, that of making us think about the important things in life. ” Panighini commented that Hansel and Gretel speak of a trip, “one of the most important in life, which is the passage from childhood to adolescence, especially for our protagonists, who live in poverty, although whatever the social condition and economic of a child all have something in common: dreams. ” Thus, the director has devised as a scenario in which the protagonists are lost, instead of a forest, an urban periphery in which walls with graffiti give way to a world of color, fantasy and sweets.

Hansel and Gretel is an opera in three acts of Engelbert Humperdinck, on this occasion adapted with a duration of 80 minutes, and libretto in German by Adelheide Wette, sister of the composer, based on a story by the same name of the Grimm brothers. Although the time of the work is reduced, this does not diminish the author’s original message, which will also be reinforced by informative material that is provided before the entrance to the room. The textual parts will be translated into Spanish, while the musical parts will be interpreted in German and will be supersized on the screen.

.
The stage director Stefania Panighini signs her third presence in Opera de Tenerife, after Hänsel and Gretel (Humperdinck) in 2015 and Rinaldo (Handel) in 2016. The director takes us to a forest of asphalt and graffiti full of dangers for two children who they fall asleep in the street and where a dream gives way to a magical portal behind the wall. We are faced with a scenography impregnated with the suffocating environment of a large contemporary city.

.
Rubén Sánchez-Vieco will take over the musical direction of this opera, leading the Tenerife Symphony Orchestra. The cast includes the participation of Aurora Faggioli (mezzo-soprano), Inés Lorans (soprano), David Astorga (tenor), Silvia Zorita (mezzo-soprano), Fernando García-Campero (baritone) and Elvira Padrino (soprano). The costume design will be in charge of Leo Martínez, who is facing his tenth production in Opera de Tenerife after his renowned works as a designer in the musicals Sunset Boulevard, Jesus Christ Superstar and Evita.

About Ópera en familia
It is an initiative of Opera de Tenerife that each season adapts a title to the younger audience, so that not only the principles and values ​​of this artistic field are disseminated, but also it is sensitized on the other cultural projects that are developed in Opera de Tenerife, all of them included in the Tenerife 2030 strategy. This representation is included in the Educational and Social Area of ​​the Auditorium of Tenerife, which has the Cepsa Foundation and Obra Social “la Caixa” as collaborators.