The cultural calendar of December at Colón Theatre in Bogotá brings a new family production, the opera La Cenicienta, and to finish off 2018 the famous oratorio Händel, The Messiah

During Teatro Colón de Bogotá holiday season, you can enjoy the contemporary version of Gioachino Rossini’s opera, La Cenicienta, a show for the enjoyment of the whole family, with a contemporary and fun staging from December 08th to 16th. La Cenicienta is a co-production of the Teatro Colón de Bogotá and the Philharmonic Orchestra of Bogotá, which has the stage direction of Ramiro Gutiérrez Castro and the musical direction of maestro Alejandro Roca.

This contemporary version of the opera La Cinderella by Gioachino Rossini, preserves the original structure of a buffa opera, as well as the magical part of the story based on the fable of Charles Perraut in 1697. In this variation of the Cinderella story, the Evil stepmother is replaced by a stepfather, the fairy godmother by the philosopher and Cinderella is discovered, not by a beautiful crystal shoe, but by a sneaker.

“To perform the repertoire, the best lyric singers in Colombia have been summoned, led by Paola Leguizamón, winner of the national song contest in 2017, who plays the main role of Cinderella, as well as the singer Valeriano Lanchas in the role of Don Magnifico, the stepfather, a role he has played in different countries of the world, accompanied by a group of important singers such as Pablo Martinez, Hyalmar Mitrotti, Juan David González, Karolyn Rosero and Gabriela Ruíz, “affirmed the musical director, Alejandro Roca.

Likewise, the Colón joins the celebrations of Christmas with the presentation of the renowned oratorio El Mesías by Georg Friedrich Händel on December 22nd and 23rd that will feature an innovative stage set with the participation of the National Symphony of Colombia, the Choir of the Opera of Colombia and the singers Oriana Favaro, Ana Mora, Pablo Martínez and Álvaro Carrillo, under the direction of Maestro Felipe Aguirre.

The Messiah premiered in Dublin in 1741 with complimentary comments. The oratorio explains with the music, accompanied by the voices and the chorus the biblical story of the birth of Jesus, His birth, His sacrifice and recounts His resurrection, with a novel staging with lighting, costumes and dramatization of the choir.

“The maestro George Friedrich Händel reflects a deep sense of humanity, because although the theme and the texts are based on the bible, the Messiah is a human response to the divine,” said the musical director, Felipe Aguirre.

Finally, the guided tours after scene of the Teatro Colón will be extended during the week of December 16th to 23rd with two hours, 1:00 and 3:00 pm The usual tours will continue on Tuesday, Thursday, and Saturday, December 15th, so that tourists who come to the capital can appreciate the most emblematic theater of Colombians.
In this way, the end of the year of the Teatro Colón de Bogotá culminates with great shows for the whole family with opera, music, theater and contemporary dance, the most famous Christmas oratorio of recent times and guided tours to see the after scene of the theater of what Colombians.

To buy tickets and more information about these productions, click here. 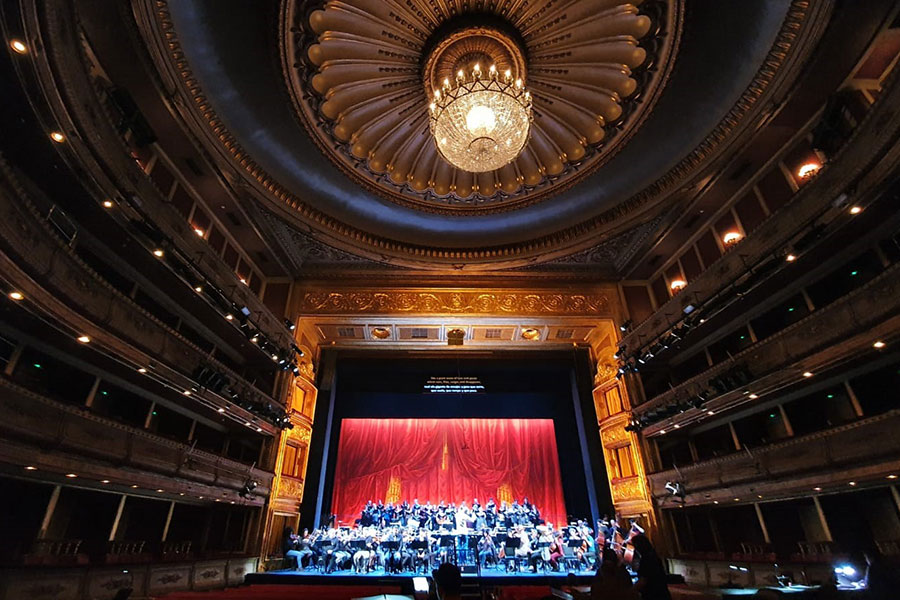