Cataloged as one of the verdian sopranos of her time, Maria Katzarava received the Chronic Prize in Culture, the Moncayo medal in the Revelation category and the Dr. Alfonso Ortíz Tirado medal, and then debuted with Ernani in the Festival Amazonas de Ópera of Manaus.

María Katzarava is a Mexican soprano with Georgian ancestry, who made her debut in Palace of Fine Arts of Mexico City in the role of Stéphano in  Roméo et Juliette de Gounod, singing alongside great voices such as Rolando Villazón and Anna Netrebko. At her young age, the Mexican soprano has sung in the most important theaters, among them the Royal Opera House, the Teatro alla Scala di Milano, the Gran Teatre del Liceu in Barcelona, ​​the Baths of Caracalla in Rome, the Royal Swedish Opera , the Musikverein of Vienna, the Opera of Oviedo, the Teatro Manzoni di Bologna, the Opéra de Lausanne, and the Peralada Festival in Spain.

A few months ago you were worthy of the Chronic Award in Culture for supporting social causes such as education, tell us about your foundation and what is the work that is fulfilled. Also, you received the Moncayo Medal and the Alfonso Ortiz Tirado Medal both for your outstanding artistic career in Mexico and the world, tell us a little about what this represents in your career and person.
Having been awarded three consecutive times in my country, it fills me with joy and above all with infinite gratitude to the public and the artistic society.
The foundation that bears my name was created to initially support young people who have been touched by drug trafficking in one of the poorest areas of Mexico, in the State of Guerrero, where there is a very strong narco zone. Thanks to music, dance, theater and singing, all these young people have gone ahead and have been able to discover that there is a better life and that you can live from the arts better than from crime. In the same way we get to scholarship every year to two students of any artistic area to study a month in Barcelona and that they can experience life in a city as wonderful as it is.
The Moncayo medal has been a wonderful surprise also for having received it in Guadalajara, one of the cities that practically saw my operatic career born, together with having the joy of having once again shared the stage with Maestro Plácido Domingo, who is an example for me perseverance, discipline, a dedicated and passionate artist and also a very generous human being with his admirers. He has always been and will be an example of delivery to art without reservations or limitations. He gives everything, and I try to follow his example in each note, in each function, in each essay.
.
Do you think that the step from the dramatic and dramatic lyrical repertoire opened a new world of possibilities for the development of your career, what were your motivations to open your horizons and how has it turned out?
Definitely. To have changed to the spinto and dramatic repertoire gradually opens up a world of possibilities and theaters. For my youth I had to wait for more than ten years singing light lyric repertoire but I did not finish feeling free interpreting roles like Gilda fromopera Rigoletto’s or Lucia di Lammermoor from Donizetti even though I had, and I still have, the overjoyed. It was a matter of character and weight in the voice that did not finish giving me the comfort nor the confidence in that repertoire. I dare to say that at this moment in my career I am much more emotionally mature to step on stage but with the right repertoire.
.
In your opinion, what do you think is the added value or what differentiates Latin American talent from the rest of the world?
I have always thought that we as Latinos, by nature, have a very warm and unique voice. I believe that our willingness to always have hope and to be dreamers and believe, at least in my case, not to think so much about tomorrow and do things today without expecting so much in return, has helped us to go far, so much so, that Today the best tenors are Latin Americans, and not only that, we have mezzo-sopranos, sopranos, baritones, bass, contraltos and countertenors whom we often forget, being one of the most difficult to find, they are finally coming to light and taking steps gigantic in the world of lyric.
.
In your opinion, what is the value of networking for a Latin American artist?
The importance of networking is not minor. Latin America is a niche of wonderful voices and in general there is a lot of talent in the different performing arts, but there is a great problem of lack of resources and support both to make themselves known and to travel and work in various theaters at home. I think that the networking of groups such as OLA will pay a great deal to the diffusion of Latin American artists, who have not had the opportunity to leave or who do not have an agency to support them in their careers, as well as independent productions that deserve to be shown. around the world.
I think that networking will help talent to have visibility and more opportunities to shine and work. I am very excited about this initiative that I am sure will benefit many artists, theaters, productions and agencies.
.
What are your current and future projects? Where will we see you in the next months?
I recently sang in Vienna at the opera of Giovanna d’Arco; and then I debuted at the Amazonas Opera Festival in Manaus with Ernani; later I will sing at the Tiroler Festpiele in Austria with the opera of Aida; later I will return to the Verdi di Parma Festival but now in my debut as Lucrezia Contarini in I due Foscari; I continue on tour with my beloved project of the Voix Humaine de Poulenc and this year I will present it with great enthusiasm at the International Festival Cervantino de Guanajuato, and hopefully we will present it in other Latin American countries the following year; for November I will make the world premiere of Juana sin cielo by Alberto García Demestres in Granada, to end the year with Pagliacci and A florentine comedy by Zemlinsky at the Oviedo Opera.

ABOUT MARIA KATZARAVA
In 2009 she sang for the first time with the renowned tenor Plácido Domingo, who directed her a year earlier in the international competition Operalia, in which she was the historic winner of two prizes, the first place in the opera category and first place in the category of zarzuela.
She has worked alongside the most renowned conductors in the world such as Zubin Mehta, Michelle Mariotti, Julia Jones, Paolo Carignani, Stefano Ranzani and Maestro Plácido Domingo himself, among others.
The 2017 marked a new era for María Katzarava entering the repertoire of spinto and dramatic lyric. Thus he sang with great success his first Cio Cio San in Madama Butterfly at the Teatro Massimo in Palermo. In February 2017 she debuted the role of Lina in opera Stiffelio Verdi’s, in Berlin, Germany, and later at the Festival Verdi in Parma, under the scenic direction of the renowned Graham Vick, staging that earned her the prize for the best festival at the International Opera Awards and the nomination as the best new production of 2017. Subsequently her first Tosca at the Opera de Tours, in France, a role she will perform on multiple occasions at the Kungliga Operate in Stockholm, Sweden. She also debuted in the role of Elisabetta di Valois in the opera Don Carlo Verdi’s, sharing the stage with the tenor Plácido Domingo at the Palau de les Arts in Valencia, Spain. She recently had a new success in the role of Amelia Grimaldi inopera Simon Boccanegra Verdi’sunder the baton of renowned director Stefano Ranzani at the Opéra de Lausanne, Switzerland.
Some of her most recent projects include her debut as Aida in this opera Verdi at the Royal Swedish Opera in Stockholm; Leonora in Il Trovatore Verdi’s at the Teatro del Bicentenario in León in Mexico, a role that debuted in Italy in 2017 under the baton of Alberto Veronesi; her return to the Teatro Campoamor in Oviedo in 2019 as Nedda in Pagliacci de Leoncavallo as well as her debut as Bianca in Eine florentinische Tragödie, by Zemlinski, as well as a new debut in another Verdi opera: I due Foscari in her return to the Verdi Festival of Parma, Italy and the continuation of his successful tour as Elle in La Voix Humaine de Poulenc.
More information about María Katzarava visite www.escena.digital/artist
.

La Traviata: opera at the service of education in Guatemala 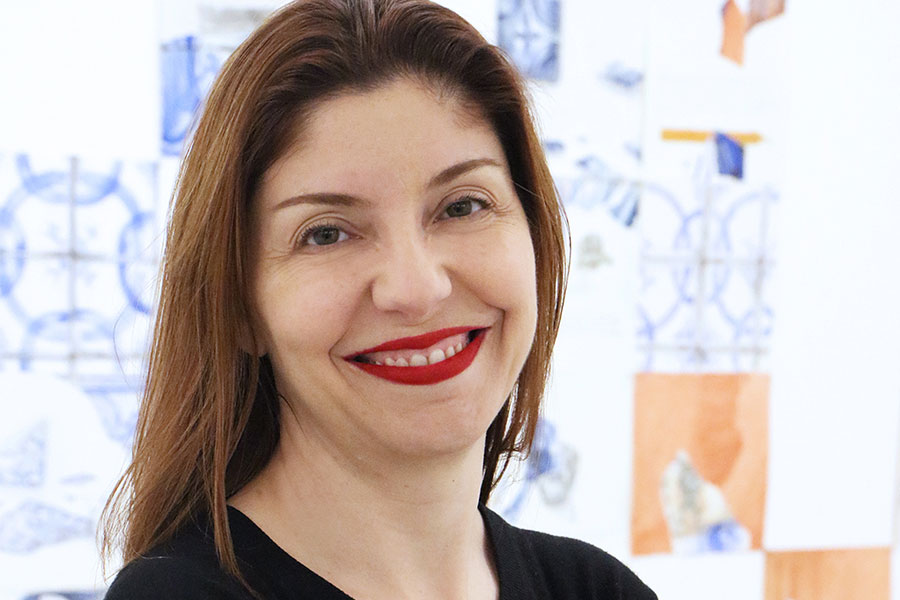