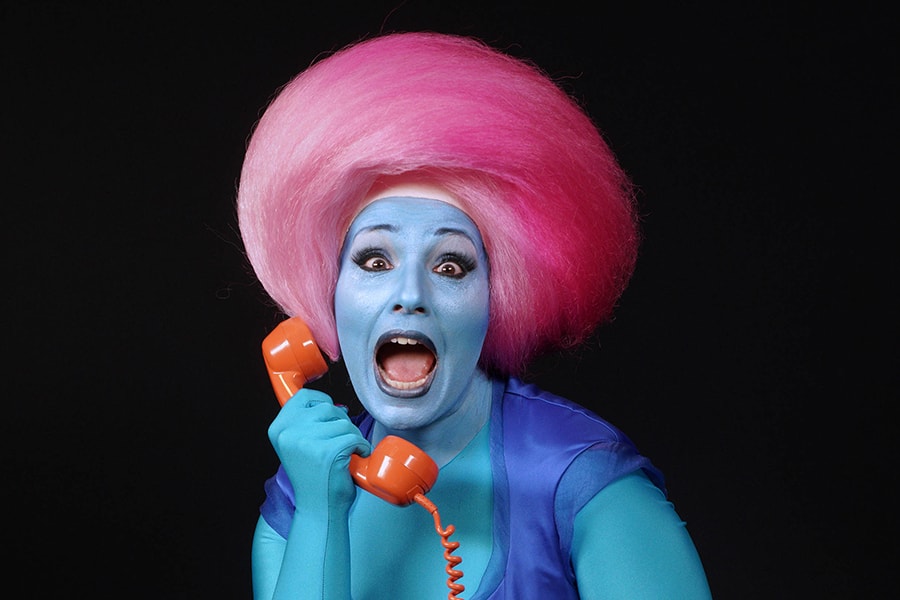 This opera buffa will see the light for the first time this March 6th, portrays the exacerbated individualism of today’s society through a funny story full of black humor and irony. This is an opera production by Butxaca i Nova Creació in co-production with Teatro Real, Teatro Español and Teatre Lliure

The Teatro Real and the Teatro Español join, for the first time, in a cultural project that will mean the absolute premiere of the work Je suis narcissiste,opera buffa by the Spanish composer Raquel García-Tomás, with a libretto by Helena Tornero, in which it is denounced, in key of humor, the delirious narcissism prevailing in the current society.

The opera features musical direction by Vinicius Kattah and scenic by Marta Pazos and the interpretation of the sopranos Elena Copons and María Hinojosa, the baritone Toni Marsol, the tenor Joan Ribalta and the Orquesta Titular del Teatro Real.

This exciting project has an essentially young and feminine team, although already consolidated in the Spanish cultural scene that has set up a story full of freshness and black humor, which tells how Clotilde. A cultural manager who all kinds of misfortunes begin to happen, it is overwhelmed by the day to day and the relationship with the diverse and eccentric characters that surround her.

Both the rehearsals and a part of the creative process have taken place at Teatro Real, and the development of all the work has been, according to its protagonists, absolutely exhausting, but at all times rewarding and, both singers and artistic team, coincide by defining it as fun and intense.

The idea of Je suis narcissiste is born from the meeting between Raquel García-Tomás with Helena Tornero in a café in Vienna, after the visit of one of them to the house museum of the father of psychoanalysis Sigmund Freud, which led them, in an almost unconscious way, to talk about the narcissism based on the image that Freud had of women. Freud claimed that women tended more to narcissism than men, because they were more predisposed to being an object of love and had a greater concern for her physical appearance. On this month (March), where on the 8th is celebrated the women’s day, nothing better than this opera buffa to dismantle an obsolete image of women through the black humor of two women of the current era.

The stage director, Marta Pazos, has had the overflowing creativity of costume designer Pier Paolo Álvaro, whose colourful figurines support the plot’s axis, between reverie and absurdity, and gain double life thanks to the lighting of Nuno Meira. All of them framed by the scenography of Fernando Ribeiro.

Pazos has also had the close collaboration of the dancer and choreographer Amaya Galeote, as a movement advisor, to weave the narrative discourse of a work like Je suis narcissiste, full of references to the radio programs of the 1950s, to the films of Doris Day and the animation films of Tom and Jerry, in which the musical discourse fulfills the explicit function of supporting and underlining each one of the actions.

This is a production of Butxaca i Nova Creació in co-production with Teatro Real, Teatro Español and Teatre Lliure, with the collaboration of Mondigromax, SGAE and the accompaniment of the Fundació Catalunya Cultura, with the support of the Institut de Cultura de Barcelona and the Department of Culture of the Generalitat de Catalunya.

Buy your tickets and get more information here.