On October 25, Monday, at 1:00 p.m. and 7:00 p.m., there were two performances in the Teatro Real Carriage installed, on this occasion, in the Plaza de Isabel II (Opera) Soloists of the Titular Orchestra of the Teatro Real performed the Quartet Strings No. 15 by Mozart and Händel’s Aquatic Music Suite, in a version for brass quintet. Opera Europa, Opera Latinoamérica and Opera America have come together to celebrate World Opera Day in this year of hope, under the name of Opera Reboot (Reboot of the opera), with the participation, in Spain, of OPERA XXI.

The Teatro Real joined, one more year, the celebrations of World Opera Day, which commemorated on Monday, October 25. That day, at 1:00 p.m. and 7:00 p.m., there were two performances in the Royal Theater float installed, on this occasion, in the Plaza de Isabel II (Opera).

Soloists of the Titular Orchestra of the Teatro Real performed the String Quartet No. 15 by Wolfgang Amadeus Mozart and the Aquatic Music Suite by Georg Friedrich Händel, in a version for brass instrument quintet. 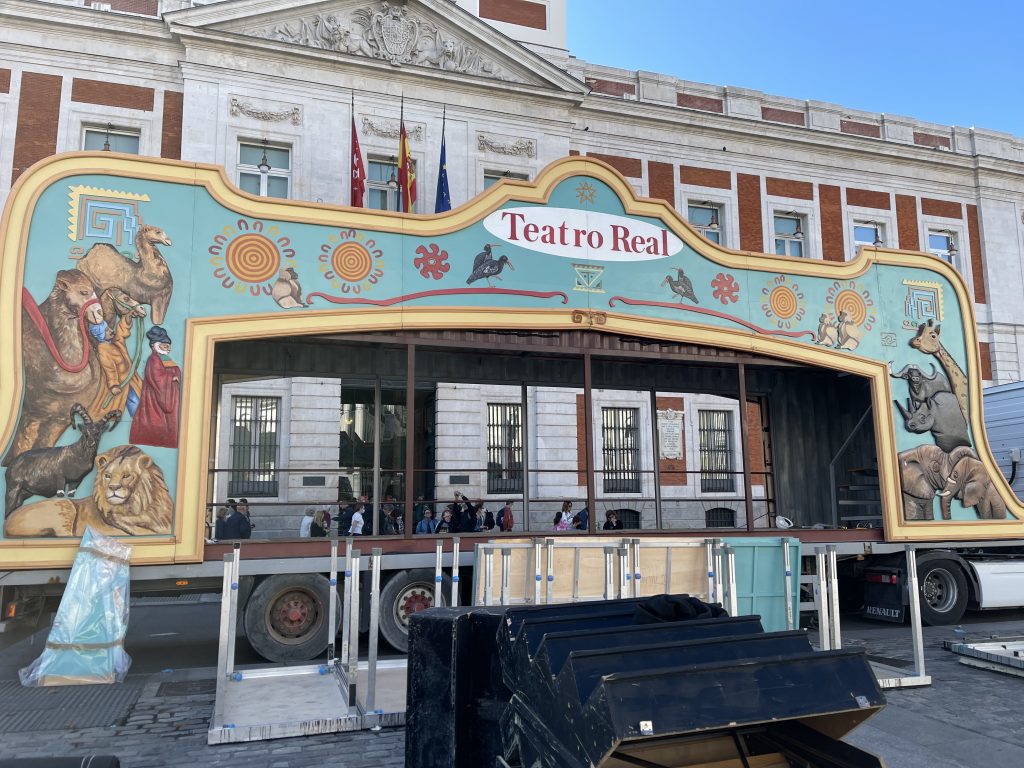 The float of the Teatro Real, with its mouth, curtains and racks, is a small traveling stage created from the transformation of a trailer truck like those that are usually used for the transport and storage of the set design, props and costumes of the operas . Its interior can be adapted to different scenographies, projections or exhibitions, according to the needs of each event or performance. This live stage, with the capacity to bring shows and concerts of different formats to the entire Spanish peninsula, is one of the initiatives framed in the Teatro Real – Cerca de Ti program, approved by the Council of Ministers as an ‘Event of Exceptional Public Interest’ , effective from the current season until 2022-2023.