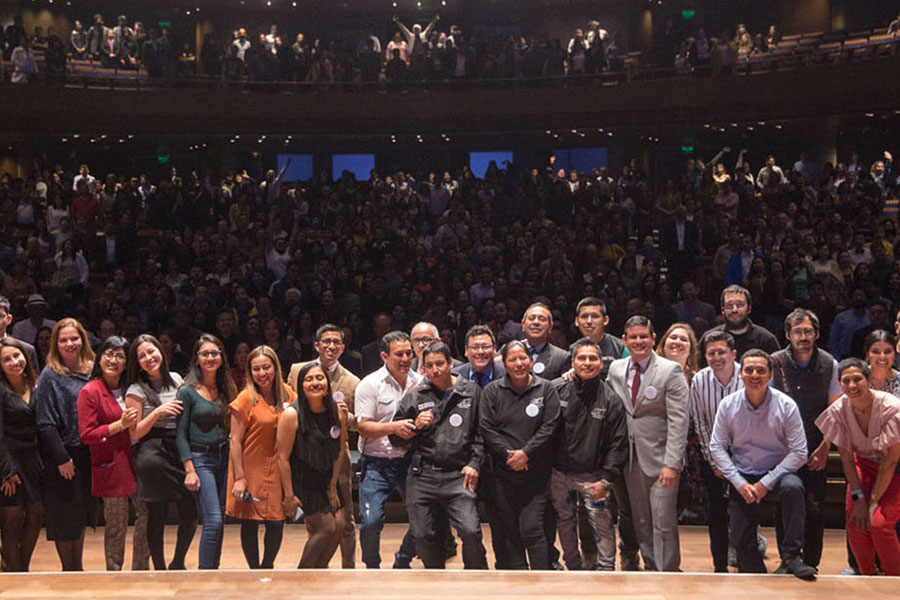 Carmen returns to the stage during the Festival Granda; a co-production with the Teatro Colón in Buenos Aires takes the stage to El Cónsul; four functions of La Périchole; a concert by Peruvian tenor Juan Diego Florez and a family opera of the classic The Little Prince are the 2020 bets Gran Teatro Nacional.

The Ministry of Culture of Peru announced the 2020 Programming of Gran Teatro Nacional, a calendar that will maintain its policy of promoting the performing arts by bringing them closer to different audiences, will strengthen the development of festivals in alliance with strategic institutions and will promote previous training activities to the Bicentennial of the independence of Peru.

The protocol ceremony was in charge of the director of Gran Teatro Nacional, Mauricio Salas Torreblanca; and it was attended by public and private sector personalities, diplomatic authorities, artistic entrepreneurs and entertainment figures.

There will be more than one hundred soloists and 50 national and foreign groups delighting with music (classical, baroque, jazz, pop, rock, cumbia, Andean and Latin American), traditional dances from Peru and the world (11 companies, including the National Ballet of Cuba) , opera, circus, theater, family teaching functions and experimental sessions.

The 2020 Programming of Gran Teatro Nacional will record its most emotional moments with the operas Carmen during the Granda Festival on April 22, 24, 26 and 28; The Consul, a coproduction of Gran Teatro Nacional with Teatro Colón of Buenos Aires from August 23 to 27; and La Péricholi by Jacques Offenbach on 09, 11, 14 and 16 October. The symphonic orchestras of Cusco (September 23), Trujillo (April 8) and the prestigious Rundfunkchor Berlin & Concert Koln (October 17), and the presentation of Orquesta Juvenil Sinfonía por el Perú on September 15 will also shine on the modern stage of Lima.

A season of the family opera has been scheduled for children El Principito; the show for babies Frondoso, a co-production of the Grand National Theater and La Plaza; and, at the request of the public, the triumphant return of The musical adventures of Sisi and Lala with a new story about the world of the circus.

The calendar also includes a series of activities in homage to our composer Chabuca Granda for the centenary of her birth, with the participation of national and international artists who will interpret her best works and unpublished themes. Likewise, a tribute to Ludwig van Beethoven for the 250th anniversary of his birth, recognizing his valuable legacy with a multidisciplinary proposal that will encompass the execution of his best classical pieces.

Adults will enjoy the theatrical performances of Les Luthiers (Argentina – August 08 and 09), Guillermo Calderón (Chile – September 1 and 02) and the circus montages of the successful French companies Bivouac and Cirque Le Roux and the Italian Finzi Pasca .