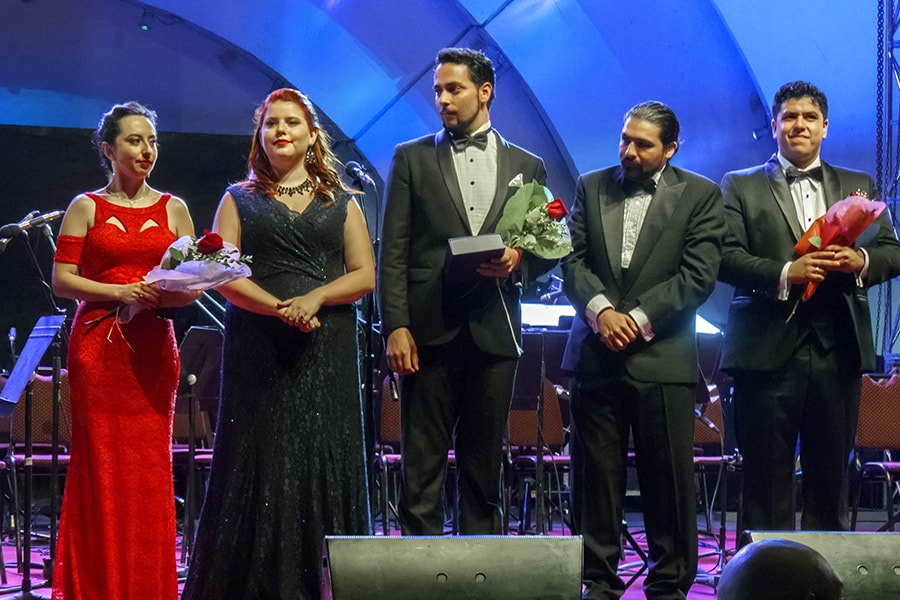 Between January 16 and 20 of 2018, a new version of the “Laguna Mágica” Lyric Singing Competition was organized by the Cultural Corporation of the Commune of San Pedro de la Paz in Chile. Edition in which Alejandro Abrante, Intendant of Auditorium de Tenerife, participated as jury.

.
During this edition the Opera of Tenerife awarded the winners of the International Competition the following prizes:

“Laguna Mágica” is a lyrical singing encounter that gathers around 30 singers, coming from different national and international places and wishing to enhance their career participating in an International Lyric Song Competition, with a high level and prestigious jury, where they stand out in this edition the General Director of the Municipal of Santiago Frédéric Chambert and the Intendant of the Tenerife Opera Alejandro Abrante, both members of Ópera Latinoamérica.

.
The contest runs through master classes, concerts and the contest itself. The interest of this initiative is to support the career of young singers from all over the world, to stimulate their artistic and personal development, and to democratize the knowledge and interest for the Lyrical Song and Music, especially in Latin America.