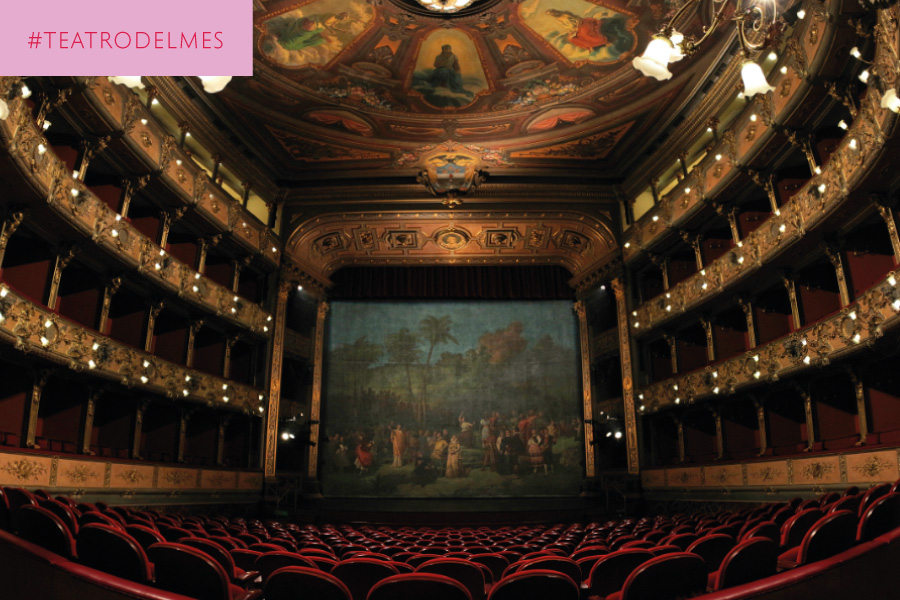 Built between 1885 and 1895, this colosseum has been named one of the most amazing cultural buildings for its imposing architecture and ornamentation. It is located in the heart of the Candelaria neighborhood in the Colombian capital, steps away from other wonderful heritage buildings such as the Plaza de Bolívar, the Gold Museum and the Botero Museum.

On October 12, 1892, the baptized “Theater of Christopher Columbus” was inaugurated on the occasion of the fourth centenary of the discovery of America. Its “Italian” style stands out, as well as a curtain that covers the proscenium arch, the magnificent foyer and the impressive lamp designed by Luigi Ramelli.

Today, the Teatro Colón in Bogotá has become the national theater of Colombia and its infrastructure shows the historical process of urbanization and modernization of Latin American capitals.

The “fin de siècle” in Latin America demanded many things for Latin American capitals. Some were preparing to soon celebrate the centenary of their respective independence. Others were becoming important centers of economic, social and cultural development.

Towards the last decades of the 19th century, the cultural epicenters of Latin America embellished their streets with palaces, squares, parks, gardens and theaters. At the same time that theaters such as Solís in Montevideo, Santa Ana in Mexico City, Municipal in Santiago de Chile and Colón in Buenos Aires were opening, Bogotá also took a step forward.

In 1892, on the occasion of the fourth centenary of the discovery of America, the Teatro Colón in Bogotá was inaugurated. It is a magnificent building whose “Italian” architecture, corridors and foyer ornamented with exquisite works of art and an elegant backdrop make it one of the most outstanding theaters not only in Latin America, but also in the world.

The belle epoque, the technological advances, the modernization and industrialization of the continent demanded that the capitals and main cities adapt to the changes that this process entailed. Thus, urbanization was imposed as a factor that local governments decided to reinforce.

The reception of immigrants, international delegations and the global artistic circuit demanded to catch up with the progress. The economic boom in some Latin American countries contributed to opulence and luxury being installed as a trend of aesthetic enjoyment for the Criollo elites. 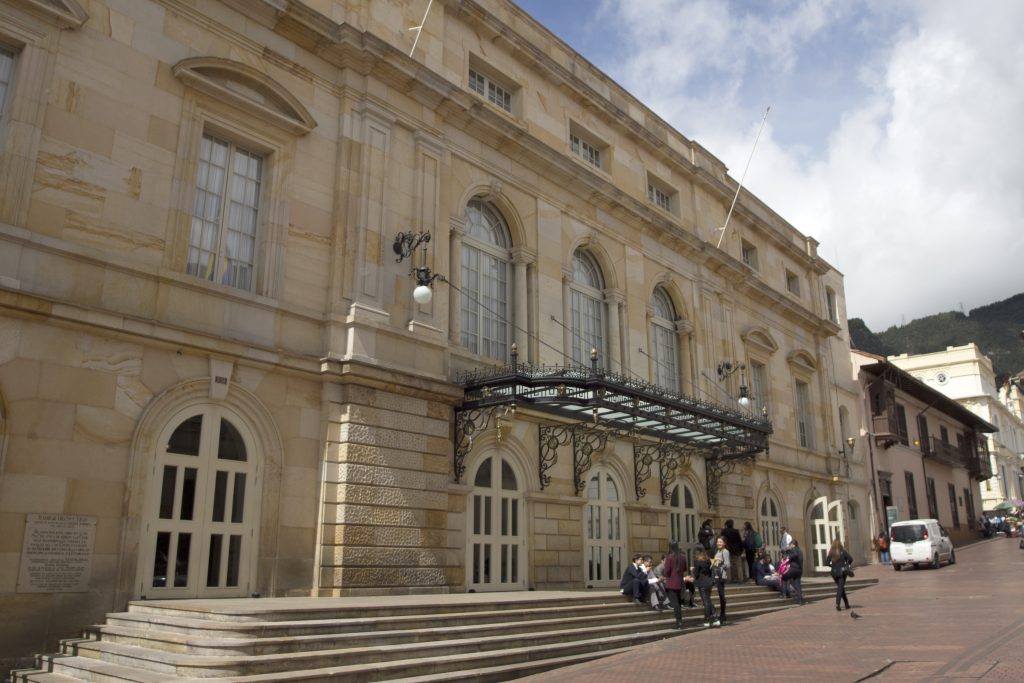 Facade of the Teatro Colón in Bogotá. Photo: Andrés Gómez

Towards the last decade of the 19th century, the commemoration of a milestone that recalled the origins of the American continent was looming. It would be four hundred years since its discovery at the hands of the expedition that the navigator Christopher Columbus led in the 15th century.

Beyond trying to find an “identity of its own” in their respective cultures, different Latin American countries invited leading European architects, designers, engineers and ornamentation to add a touch of post-romantic refinement to their capitals.

One of these outstanding architects was the Italian Pietro Cantini. Born in Florence – the cradle of beauty in building design – in 1847, Cantini lived for almost 50 years in Colombia. He arrived around 1880 in what was then called the “United States of Colombia” invited by his friend Cesare Fortini.

The offer that Fortini made to the Florentine architect was succulent; the Colombian government needed to remodel the National Palace and Cantini had been chosen by the Colombian Vice Consul Rafael García.

In 1881, Cantini resumed the construction of the National Capitol of Colombia, whose work had been suspended due to the continuous civil wars in the country. The remodeling of the front of the building was in charge of the Florentine architect, but in 1885 a new conflict broke out that forced the work to be interrupted again.

In search of modernity

It was 1885 and Pietro Cantini was already cementing his career as an architect in Colombia. With a somewhat more generous budget after the civil war, he opened a trade school that trained 162 workers in the necessary construction and decoration processes.

Reminiscent of the old Renaissance art colleges, the masters in charge of this new school were renowned personalities such as the Swiss ornamenter Luigi Ramelli, the Italian sculptor Cesare Sighinolfi, and the painters Filipo Mastellari and Giovanni Menarini.

Main hall of the theater, where you can see the lavish ceiling lamp and the fresco on the ceiling. Photo: Andrés Gómez

Urban and building modernity had arrived in Bogotá. Where today the Teatro Colón is located, previously two other variety theaters were erected. First was the Ramírez Coliseum, built at the end of the 18th century. Later, the Coliseum was remodeled at the beginning of the 19th century and gave rise to the Maldonado Theater.

In 1885, with a desire for innovation, the then president Rafael Núñez decided to expropriate the Maldonado Theater and demanded the construction of a true “Italian” theater.

We are on 10th Street in Bogotá, between Carrera 6 and Carrera 5B avenues. A few blocks away is the National Capitol, the Archbishop’s Palace and the imposing Cathedral Primada de Colombia.

If we look ahead, the front of the Colón Theater stands out, with its whitish, sandy and creamy colors. We enter. We are greeted by a lobby – or foyer – decorated with lavish columns and ornate details in the sky. Being a room whose origin was to receive the aristocracy and ruling class before the shows, the ornaments ooze elegance and refinement. If we look up, what stands out the most is the fresco that adorns the ceiling of the room, with muses representing the miscegenation that characterizes Colombia.

The luxurious lobby of the theater is a reminder of the times when the Colombian aristocracy waited before entering the plays and shows. Photo: Andrés Gómez

Once inside the main hall of the theater – in the shape of a horseshoe or “Italian” design – we find the wonderful mouth curtain that covers the proscenium arch. It was a direct commission from President Rafael Núñez to the Italian painter Annibale Gatti, who made it from Italy especially for the theater. The painting is in a neoclassical style and has the particularity of being a kind of operatic “game”; 36 characters from different operas are portrayed, such as Hamlet, Rigoletto and Fausto, as well as indigenous people and conquerors.

If we look up in the room, we see the sophisticated and exquisite main ceiling lamp. It was designed by Luigi Ramelli and installed for the opening day of the Theater. In 1948, the Ramelli lamp was replaced by a crystal one brought from Czechoslovakia. But this modification was not free; By the end of the 20th century, its excessive weight and size were causing damage to the ceiling and reducing visibility from the gallery. As a return to the origins, the beautiful Ramelli lamp was restored, which continues to illuminate the main hall to this day.

On stage, the wonderful mouth curtain stands out, the work of the Italian Annibale Gatti. In it, you can recognize different characters from the opera. Photo: Andrés Gómez

According to the organization of the Teatro Colón:

“This lamp was from the beginning electric. For this purpose, and since there were no supply networks in Bogotá at that time, a steam plant was located in the basement of the theater that consumed up to three loads of coal per function. In 1894, at the request of the president, this plant provided the Presidential Palace on the other side of 10th Street with electricity.

Today, the Colón Theater in Bogotá is the headquarters of the National Symphony Orchestra of Colombia. As Javier Hernández writes in an extensive article for Tempo magazine, one of the main cultural values ​​of the Teatro Colón is:

Symbol of culture and the arts in Colombia, the Teatro Colón is often referred to as “my theater” or “our theater” of opera. A pride, of course. Because it is a theater that accompanies the capital’s public in its history since its inauguration in 1892. It has seen political and social conflicts, changes and modernizations, and even one of the most revealing milestones in recent Colombian history; On November 26, 2016, it was the place chosen to sign the peace agreement between the Colombian government and the FARC, ending a brawl that had already accumulated several painful decades. 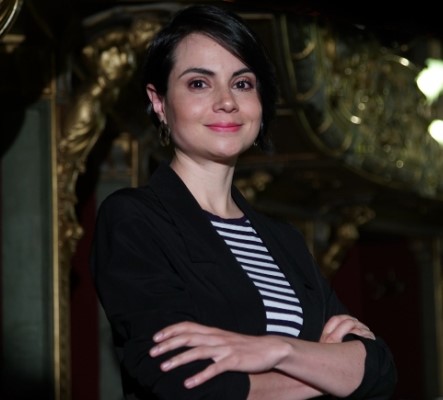 In 2020, the Minister of Culture of Colombia, Carmen Vásquez, announced the new director of the Teatro Colón in Bogotá. The chosen one was the cultural manager Claudia del Valle, who had previously served as Symphonic Director of the Bogotá Philharmonic Orchestra. Between 2015 and 2017, she was the Theater Direction Advisor.

The arrival of Claudia del Valle meant a reinforcement for the attraction of new spectators and also fostered continuous dialogue between different cultural actors. A key idea for the cultural manager is the exchange between different creative sources throughout Colombia and thus decentralize cultural development. According to herself:

“All Colombians should visit the Colón Theater at some point in their life, they have many ways of doing it, with theater, opera, music, children’s shows or visiting this heritage jewel in face-to-face guided tours or our recently inaugurated virtual tour. I call on Colombians to invest in culture ”

The opera “Macbeth”, in co-production with Compañía Estable, premiered with great success in 2016. It is an adaptation of Joe Broderick under the direction of Pedro Salazar. Photo: Andrés Gómez

Javier Hernández, in the same article for Tempo, succinctly synthesizes the meaning of this incredible theater:

“[And] one last reason to call the Teatro Colón our opera house, in the best manner of the Vienna Opera or the Teatro alla Scala in Milan, keeping the proportions, of course, is the repertoire. The operas that have passed through this stage have seen the evolution of the capital’s public. Great operas, although with limited montages in the style of Meyerbeer’s Huguenots or Wagner’s Lohengrin in the first half of the century. There is also the usual repertoire: the Verdi trilogy Rigoletto, La Traviata and El Trovador. Puccini with his Madama Butterfly and Tosca. And how can we forget the French repertoire with its almost unique workhorse, Carmen by Georges Bizet ”.