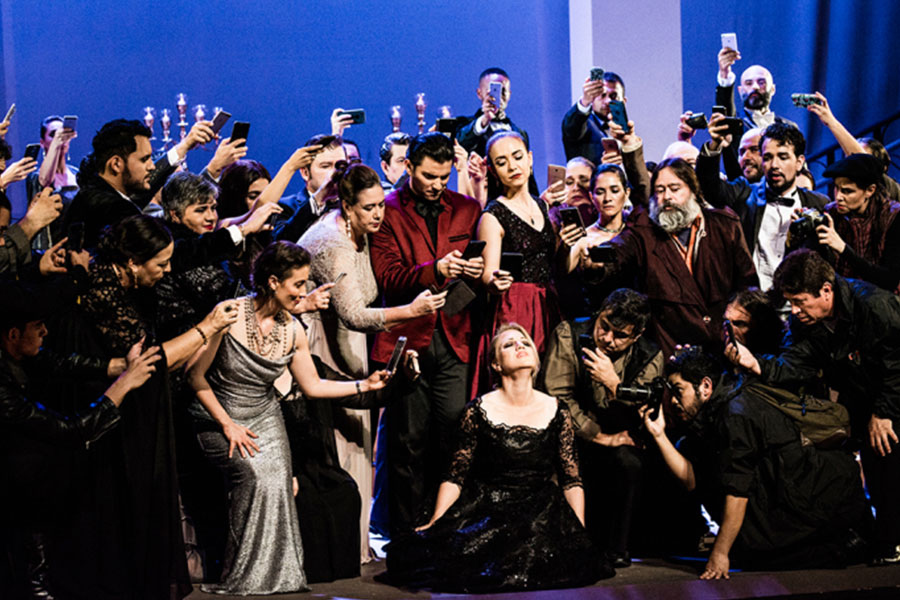 “We wish that when the music and singing in these wonderful productions are heard in the homes, they are certain that they are accompanied by the best wishes from my beautiful country Costa Rica ”comments and invites the artistic director of Compañía Lírica Nacional of Costa Rica to connect to their broadcasts.

Starting this April 1, Centro Nacional de Música of Costa Rica (CNM) will present through its different social networks: La Traviata, a three-act opera by the Italian composer Giuseppe Verdi, produced in 2017 by Compañía Lírica Nacional and presented at Popular Theater Melico Salazar. And the 35th Anniversary Lyrical Gala of the lirical company.

The producction of La Traviata had a cast of nine lyrical singers, 40 members of the National Symphonic Choir (CSN) and 65 musicians from the National Symphony Orchestra, under the Musical Direction of the experienced American conductor Arthur Fagen and the Argentine Scenic Director José Darío Innella. It is a modern version, set in 2017.

“On behalf of Compañía Lírica Nacional of Costa Rica I would like to express the enormous pride I feel that my country is represented in this very beautiful OLA project, so that the world can witness productions and Latin American efforts. It is precisely in these moments of global anguish that art is important and essential and must be present in homes with its message that there is a future for all, a message of continuity and hope with which we can continue to produce, presenting and sharing music. We proudly present two productions of Compañía Lírica Nacional, the 35th Anniversary Lyrical Gala  and La Traviata, presented in 2015 and 2017, respectively. They will soon have access to our Don Giovanni, from 2018. We hope that when the music and singing in these wonderful productions are heard in the homes, they are certain that they are accompanied by the best wishes from my beautiful country Costa Rica, ”says the artistic director of Compañía Lírica Nacional of Costa Rica, Ana María Carboni. 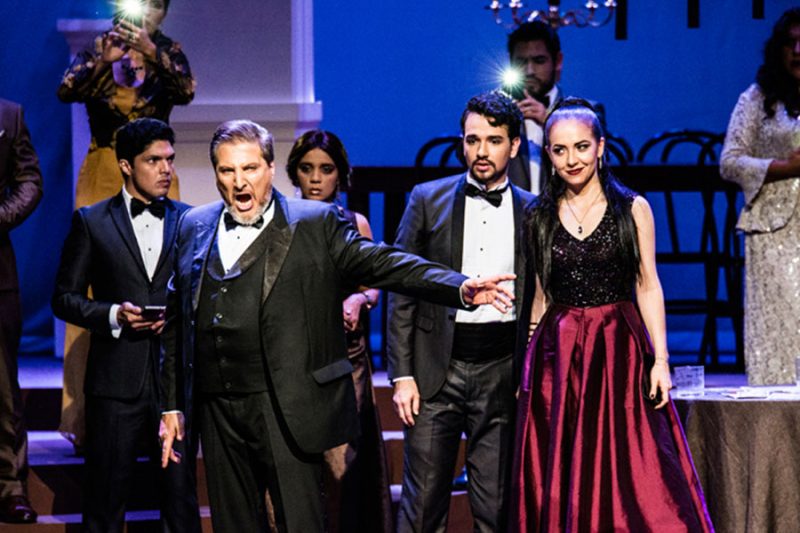 Through the initiative of Ópera Latinoamérica #OLAenTuCasa, you can enjoy a varied billboard of artistic shows from the Teatro Colón, the Municipal de Santiago, Teatro Mayor Julio Mario Santo Domingo, Auditorio Nacional del Sodre and the Compañía Lírica Nacional de Costa Rica, among others .

ABOUT HIS PRODUCTION OF LA TRAVIATA

The cast selected by the CLN for this production, was made up of nine lyrical singers for the main and secondary roles, where the names of the Cuban-American soprano Elizabeth Caballero stand out in the role of “Violetta”, the Italian tenor Massimiliano Pisapia as “Alfredo” and the Costa Rican baritone Fitzgerald Ramos as “Giorgio Germont”. The complete cast is as follows:

The presentation of La traviata was declared of cultural interest by the Ministry of Culture and Youth and the Presidency of the Republic. It is a show by the Compañía Lírica Nacional in co-production with the Teatro Popular Melico Salazar.