With a contemporary proposal, the opera The distant love premieres at INBA in Mexico 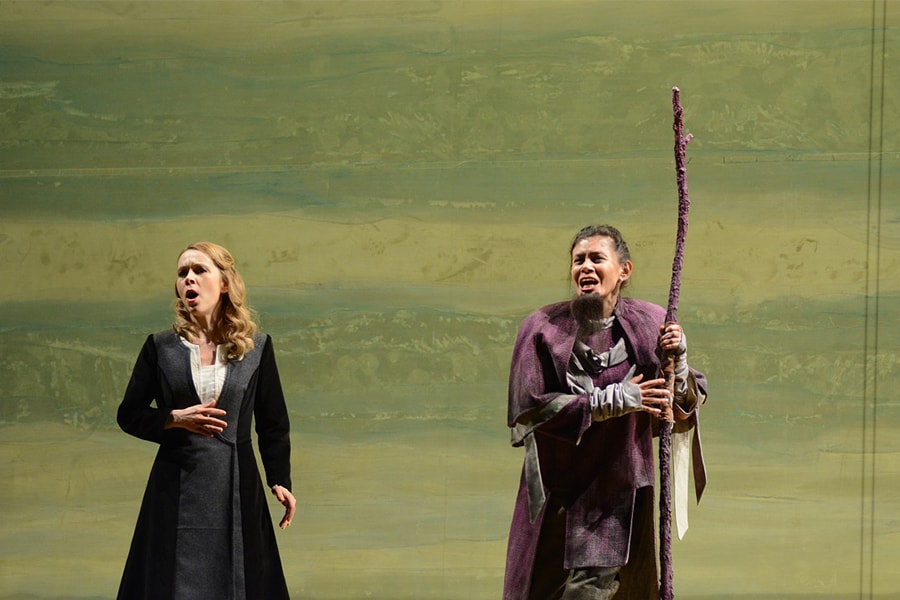 The National Opera Company of the National Institute of Fine Arts presents the opera by the Finnish composer Kaija Saariaho, with a libretto by Amin Maalouf. The second title of its season will be presented until april 7th at the Palace of Fine Arts in Mexico.

The melodic song is undoubtedly the protagonist of the opera El amor distante by Kaija Saariaho, with a libretto by Amin Maalouf, whose premiere in Latin America was in the Main Hall of the Palace of Fine Arts on March 31.

The National Opera Company of the National Institute of Fine Arts and Literature will feature the Finnish baritone Jaakko Kortekangas, in the role of Prince Jaufré Rudel; the soprano of Polish origin Agnieszka Slawinska, as the Countess Clémence, and the Mexican mezzo-soprano Carla López-Speziale who will interpret the pilgrim.
In the opinion of music critic and promoter Gerardo Kleinburg, “Distant love” is probably the opera with the greatest international impact in many decades.

“It’s interesting to try to understand why it has become a phenomenon. It seems to me that this work shows us that the musical composition linked to the opera has made an effort to recover a principle that at the most acute moment of the modernities of the late twentieth century had been lost: it again gives significant importance to singing, to melodic singing, to singing in some sense as we have understood it.

As for the author of Distant Love, she refers that she is a Finnish composer of enormous importance. “Beyond having a vast work, has devoted much to musical theater, opera, singing, the song. She is a woman concerned with music as an expressive vehicle for words, for words as an expressive vehicle for music and for the human voice as a fantastic bridge between both sections. ”

The story of love lived by the protagonists could be placed in the current era, where so many couples come to fall in love at a distance without knowing each other. However, the argument is based on a legend of the twelfth century.

The Orchestra of the Theater of Fine Arts, under the baton of José Areán as guest conductor, masterfully recreates the composer’s score, in which the electronic part is added to the work of the instrumentalists, resulting in a unique sound experience. The Choir of the Fine Arts Theater also participates, under the direction of Cara Tasher and Luis Manuel Sánchez Rivas.

It is a very complicated love, says Agnieszka Slawinska, since the characters do not know what they will discover in the other, nor what will happen. “They just wait for love. It is an awakening of feelings between two human beings”.

The scenario in which sometimes only the blue of the sea or the yellow of the earth predominates is enriched both by the presence of the three protagonists, and by the surrounding music that resonates in the hall.

The wardrobe plays with changing and subtle tones, in the field of the characters. The prince and the countess appear first dressed in black and as the messages of the pilgrim sow in them the seed of love, their garments acquire a light color that change according to their expressions, first dull to get to the smile.

The lighting and the scenographic movements provide a different show than usual in traditional opera. There are moments when it seems that the public is facing a living plastic work. Innovative is how this staging can be described that will surely captivate the opera-loving public. 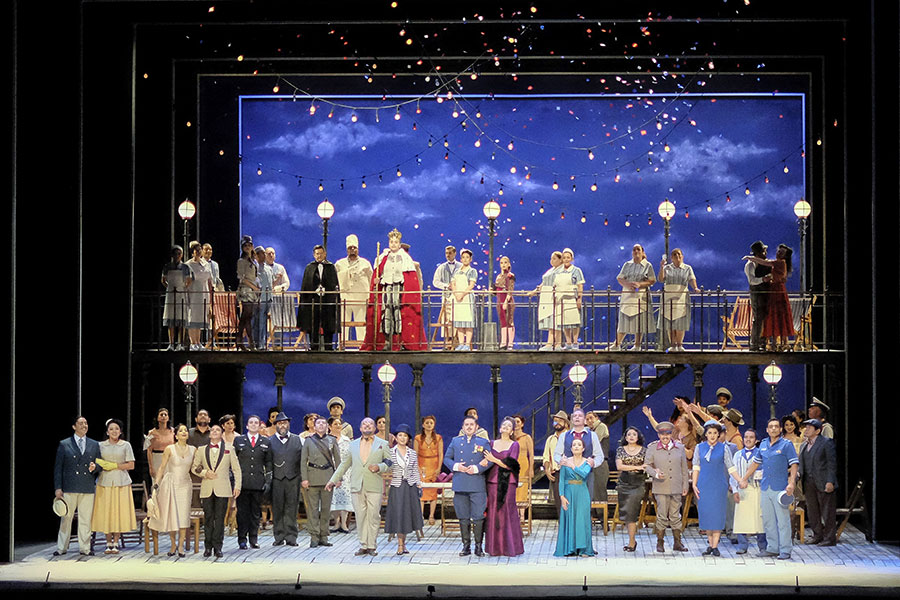