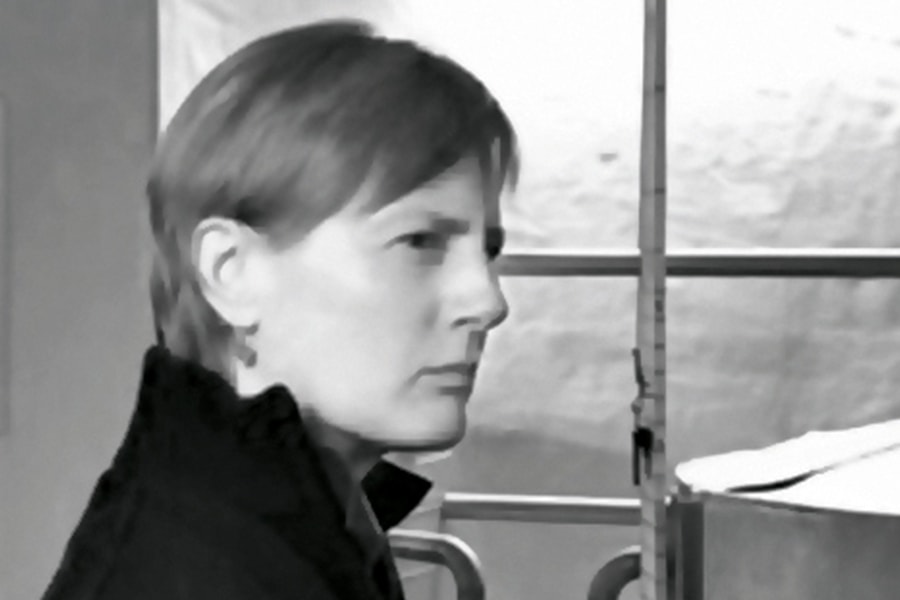 The workshop of Stage Management for opera and musical theatre will be imparted by the renowned  regisseur Beth Krynicki between August 27th to September 23rd at Teatro Nacional Sucre, prior to the premiere of the mariachi opera Cross the face of the moon

Fundación Teatro Nacional Sucre offers this intensive practical workshop of management that will allow participants to perform all those functions necessary to carry out a scenic work with particular focus on opera and musical theater. The workshop will be given by the renowned Regisseur Beth Krynicki for the work Cross the face of the moon, mariachi opera to be premiered at the Teatro Nacional Sucre on September 20th, 2018, under the stage direction of the outstanding Regisseur, novelist and librettist Leonard Foglia.

.
The work of the stage manager begins with the process of testing the work and culminates at the end of the last function of the season and the closing of the work, leaving a clear and precise production book. The objective of this workshop is that the participant understands from the practice and in depth what it means to be the professional that performs the role of the highest authority of the stage during a function. The duration of the workshop fluctuates between 120 to 150 hours and will take place from August 27th to September 21st, 2018.

.
Space for the workshop is limited and costs USD$ 350 (does not include travel or accommodation). The requirements for the application are:

The application deadline is July 27th, 2018, the results of the selected will be published on August 1st and the deadline for payment and confirmation of registration to the workshop will be August 8th, 2018.

.
Second and third week: from September 3rd to 16th (40 hours per week: 80 hours in total). Practical workshop during the trials of Crossing the Face of the Moon

.
Interested to contact produccion@teatrosucre.com
.
ABOUT THE ARTIST
Beth Kryinicki was the Stage Manager at the Washington National Opera where she worked for 21 years. She also worked 15 seasons with the Wolf Trap Opera Company and 12 seasons with the Spoleto Festival USA (South Carolina). Additionally she has worked among others in Seattle Opera, The Dallas Opera, Bolshoi Ballet, Royal Opera House Muscat (Oman), Palau de la Música (Barcelona), Houston Symphony and the National Symphony Orchestra of the United States.

.
She has taught classes in Stage Management at the University of Maryland and the University of Iowa.
As a curious fact, her voice is the one heard in St. Petersburg – the concert hall Mariinskym reminding the public to turn off their cell phones. Currently residing in Barcelona, ​​Spain.

.
ABOUT THE REGISSEUR
Leonard Foglia made his Broadway debut in 1989 as assistant director on The Heidi Chronicles. He also directed Wait Until Dark in 1998 and On Golden Pound in 2005. He has collaborated with renowned playwright Terrence McNally on 3 renowned projects, highlighting Master Class in 1995. Between 1992 and 2009, Foglia has directed at national and regional level.

.
In 2008 he ventures into the opera by directing the absolute premiere of Last Acts by Jake Heggie for Houston Grand Opera.

.
In 2010, he wrote the libretto for the opera Mariachi Crossing the Face of the Moon, with the music of José “Pepe” Martinez and Mariachi Vargas de Tecalitlán, premiered with a full house at Houston Grand Opera the same year.
Acclaimed Opera director, his work is visible in large companies in the United States and Europe. He recently wrote the libretto for Ricky Ian Gordon and his opera A Coffin in Egypt.

.
As stage director his releases include Cold Mountain for Santa Fe Opera, Moby-Dick (Dallas Opera, San Diego Opera, Calgary Opera, Opera of South Australia, San Francisco Opera- where he was filmed for PBS.) Among his best-known productions is Dead Man Walking, successful throughout the country.

.
Crossing the Face of the Moon has been presented in several companies, highlighting San Diego Opera, Lyric Opera of Chicago, Phoenix, Arizona, Forth Worth and Théatre du Chatelet in Paris.