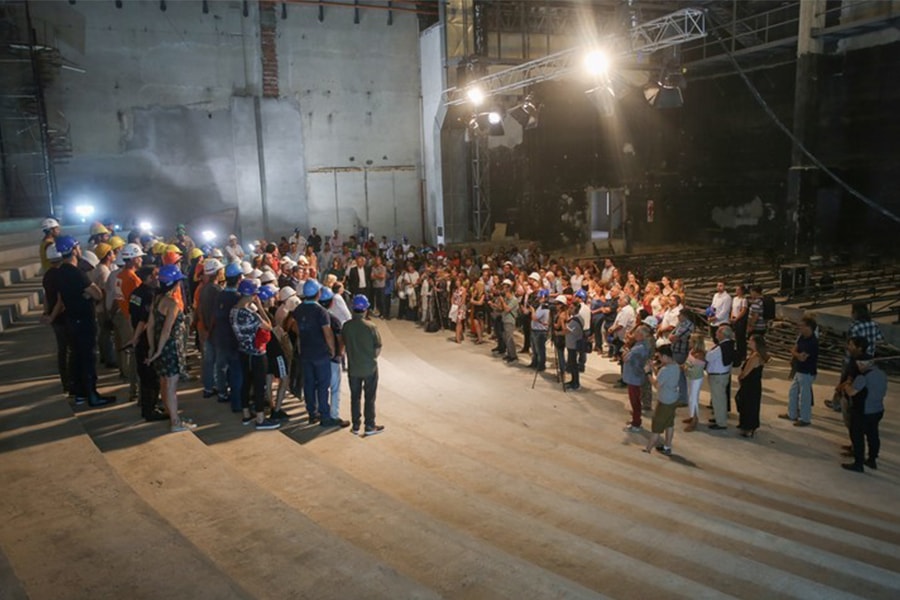 The theater that will have 980 seats makes a strong commitment to the education of new talent, counting on the first headquarters of Instituto Superior de Arte of the Teatro Colón in Buenos Aires among other bets

The Tronador Theater opened its doors in 1979, becoming a valuable theatrical bet located strategically in the center of the city. Becoming in a few years, an icon of marplatense theatrical success and a contribution of singular importance in the tourist proposal.

Due to the passing of years, the theater suffered damage and stopped being used. Today it is in the process of modernization to return the brightness in charge of an investment group led by Marcelo González, promoter of the project. The main objective of this great bet is to reactivate the artistic and cultural activity of the city. Betting on art and culture with quality content, it has been defined as a new space for the diffusion of different local, national and international artistic activities throughout the year.

The proposal not only involves delivering quality content but also the education of new talent. Thus, the arrangements also consider the installation of a headquarters of the Higher Institute of Art (ISA) of the Teatro Colón in Buenos Aires.

The works
The works of remodeling and putting in value of the renewed Theater Tronador, are directed by architects marplatenses altogether with the prestigious architects of the Theater Colón. They are developing a total modernization of the space, to turn it into a theater of international level, with an acoustic treatment in walls, ceiling in height, projection cabin, and the best equipment with technology of last generation. The corner of Santiago del Estero 1746, will be enabled for an annex of the Instituto Superior de Arte del Teatro Colón (ISA) music school.

Between Wednesday, January 9th and Thursday, February 28th, at the Teatro Tronador, the free exhibition “Experiencia Colón” where visitors will be able to see all those objects, relics and scenographic elements made entirely by hand with the expertise and knowledge of those who work in the workshops of the Teatro Colón.

Different authorities were present at the opening of the exhibition, such  as the Minister of Culture of the province of Buenos Aires, Alejandro Gómez; the General Director of the Colón Theater, María Victoria Alcaraz; Marcelo González responsible for the Tronador Theater, along with various personalities of the Argentine culture such as Nacha Guevara, Zulma Faiad, Nito Artaza, Miguel Angel Cherutti, Soledad Silveyra, Marcelo Polino and Facundo Arana, among many others.

Marcelo González, head of the Tronador Theater added: “This Theater is a contribution to culture, education and art for the people of Mar del Plata and all of Argentina. It is a great pride. I am especially grateful to the director of the Teatro Colón, María Victoria Alcaraz, for the employees who have led and who carry out this venture with effort, with dedication in a place that is under construction. “

This magnificent proposal allows all those who come to the exhibition, which is divided into two floors, to appreciate and learn about the elements that make the scenic conformation of opera and ballet on the stage of the Argentine Coliseum. Among other things, they can enjoy from the crowns of theballet La Viuda Alegre to the decoration of different operas (such as La Bohéme, Aída, Pélleas et Melisande, among others) and appreciate an exquisite selection of more than 70 pieces of costumes, shoe stores and props of different titles and seasons.