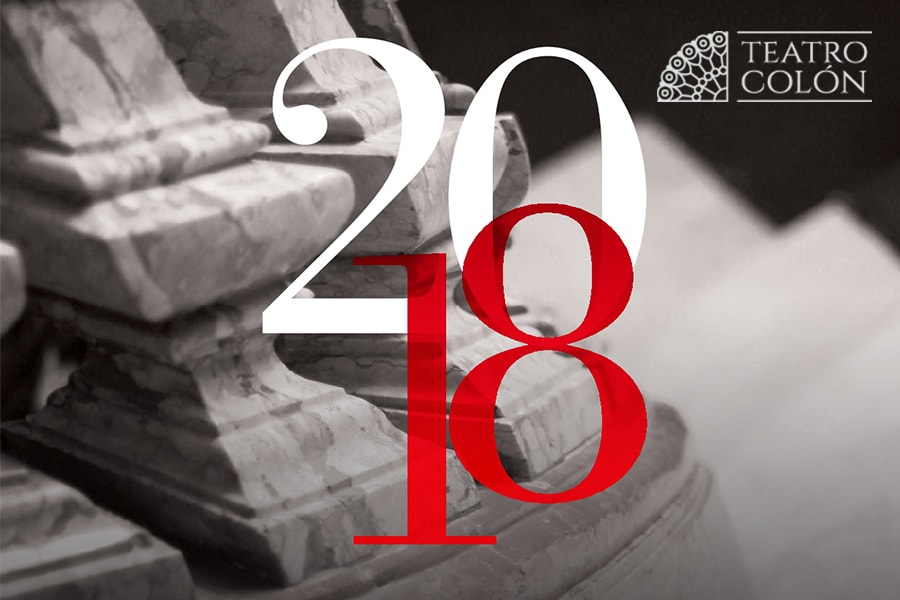 Eight operas and names like Daniel Barenboim, Anna Netrebko, Juan Diego Flórez and Gustavo Dudamel stand out in the programming of the Argentine Coliseum this 2018.

The Colón Theater announced its 2018 season, which includes ensembles and figures such as the Vienna Philharmonic with director Gustavo Dudamel, Russian soprano Anna Netrebko, Peruvian tenor Juan Diego Flórez and welsh bass baritone Bryn Terfel, in addition to Daniel Barenboim, who this time he will come with his orchestra of the Staatskapelle of Berlin for a production of Tristan and Isolde in the lyrical season, which will rise in July in the famous production of Harry Kupfer. The Barenboim del Colón Festival will be completed with five concerts by the Staatskapelle at the Kirchner Cultural Center (CCK), with the full symphonies of Brahms and a program dedicated to Debussy and Stravinski.

.
The Tristan de Barenboim / Kupfer, starring tenor Peter Seiffert (Tristan) and soprano Anja Kampe (Isolde), is the highlight of a lyrical season with seven other titles, one of which is an oratorio (Haydn stations) ). As a successful compensation, it will open with the opera by Peter Eötvös, which was suspended in 2017, Tres hermanas, which will rise in March with stage direction by Rubén Szuchmacher. The musical direction will be Christian Schumann and the cast will be led by Annsa Laprovskaja, Elvira Hasanagic, Jovita Vaskeviciute, Lucain Garay and Marisú Pavón.
Regarding titles, programming continues within a rather traditional plan. The Italian in Algiers, by Rossini, will be presented in May with musical direction by Antonello Allemandi and régie by Joan Anton Rechi, plus Nancy Fabiola Herrera in the leading role. Aida, by Verdi, will be seen in May with musical direction by Carlos Vieu and a reprise by Aníbal Lápiz of the stage performance of Roberto Oswald, while the cast will be headed by Latonia Moore, Nadia Krasteva and Ricardo Massi.

.
Tristán and Isolda will be the July title (11, 14, 18 and 22), and August will be dedicated to Claude Debussy on the centenary of his death. Peleas y Melisande will go up with the direction of Arturo Diemecke (artistic and production director of the Teatro Colón), staging by Gustavo Tambascio and a cast led by Verónica Cangemi and Giuseppe Filianotti. The next title is La bohème, by Puccini, which will be presented in October with musical direction by Joseph Colaneri, régie by Stefano Trespidi, and singers Mariana Ortiz, Attala Ayan, Fabián Veloz and Jaquelina Livieri. The Oratorio Las Estaciones, by Joseph Haydn, is the seventh title, in November, which will be directed by Carmen Moral and interpreted by a solid cast of local artists: Daniela Tabernig, Hernán Iturralde and Carlos Ullán.
The main season will close with Norma, from Bellini, with six performances between November 30 and December 7. The address will be Renato Palumbo, and the Régie of Stefano Viziollizi. Barbara Frittoli, Annalisa Stroppa and Gastón Rivero lead the cast.

.
The Opera House Company will have three titles: The triumph of honor, a comedy in three acts by Alesandro Scarlatti, which will rise in April under the direction of Marcelo Birman and Régie de Vileta Zamudio; Piedade, by the Brazilian Joao Guillerme Ripper, replenishment of the 2017 season with musical direction by Marín Sotelo and régie de Diego Ernesto Rodríguez (August / September); and Power her Face, an opera in two acts by the contemporary English composer Thomas Adès, with musical direction by Marcelo Ayub and régie by Marcelo Lombardero.

.
The subscription of the Philharmonic, with a total of 18 concerts, will be added to the celebrations of Debussy’s centenary, as well as 150 years after the death of Rossini and the 100th anniversary of Leonard Bernstein, to whom the concert will be dedicated. opening, with its symphonic pieces The Age of Anxiety and A Day in New York, in addition to the symphonic dances of West Side Story.

.
Among other outstanding programs of the subscription, on June 1st the pianist Bruno Gelber will play the Concerto K. 467 of Mozart with the direction of Ezequiel Silberstein; Baldur Brönnimann will direct Fachwerk of Sofia Gubaidulina and Witold Lutoslawski’s Concerto for Orchestra (June 28); David del Pino Kline will direct a play to determine the talented Rosario Jorge Horst, in addition to Shostakovich, Cesar Franck and Ravel; Arturo Diemecke will direct Games and the Prelude to the nap of a fauno of Debussy (19 of July); Alejo Pérez will direct on August 9 the most interesting and original concert of the entire season, with the five pieces for orchestra op. 16 of Arnold Schoenberg, The Damoiselle Elue, by Debussy, the Rückert-Lieder, by Mahler, and the Poem of Ecstasy, by Scriabin, by the soloists Carla Filipcic Holm and Elisabeth Canis.

.
On October 18, José Luis Domínguez will direct Chemins IV, by Luciano Berio, with the soloist Néstor Garrote (oboe), and on November 15 the Mischa Maisky Trío will perform the Triple Concert by Beethoven with the management of Arturo Diemecke.

.
Netrebko, Flórez, Terfel and Dudamel are part of the subscription Great International Interpreters, what until yesterday had been the green fertilizer. This subscription will also include a concert by the Croatian pianist Durbravka Tomsic Srebotnjak, who will come on July 15 with works by Scarlatti, Beethoven and Chopin.

.
The subscription for Great Performers will open on March 10 Dudamel with the Vienna Philharmonic, in a program that it will include Academic Overture and Variations on a theme by Haydn, by Brahms, and Tchaikovsky’s No. 4 symphony. Anna Netrebko will give two concerts, August 12 and 15, along with the tenor Yusif Eyvgasov and the conductor Jader Bignamini, with programs not yet defined. Bryn Terfel will perform on September 5 with the pianist Natalia Kattyukova; and Juan Diego Flórez, the dazzling Peruvian tenor who today shines as few in the world lyric scene, will give a solo recital on September 26 accompanied on piano by Vincenzo Scalera. Neither are the programs defined.

.
The Colón Contemporáneo subscription includes four titles. In July, three Luis Buñuel films with live music by Martín Matalón will be screened. In August, the Arditti Quartet and the pianist Nicolas Hodges will offer a program with works by Iannis Xenakis and Wolfgang Rihm. The third program (without definite date) will be with the American band Bang on a Can All-Stras, and will close on November 3 nothing less than with György Ligeti’s Requiem, which Diemecke will direct at the head of the Philharmonic in character of local premiere .

.
The Experimentation Center has ten titles, among them Teravisión (brief history of the look), by the choreographer Edgardo Mercado; Festival Integrales by Bruno Lo Bianco on percussion; The dancers do not speak, directed by Florencia Werchowsky; La Casa, composed and directed by Julián Garay, Tribute to Mauricio Kagel ten years after his death; Integral dedicated to Pierluigi Billone; 1968. The Fire of Ideas, by Marcelo Bordsky; and Lontano, with Carmen Baliero and other pianists. 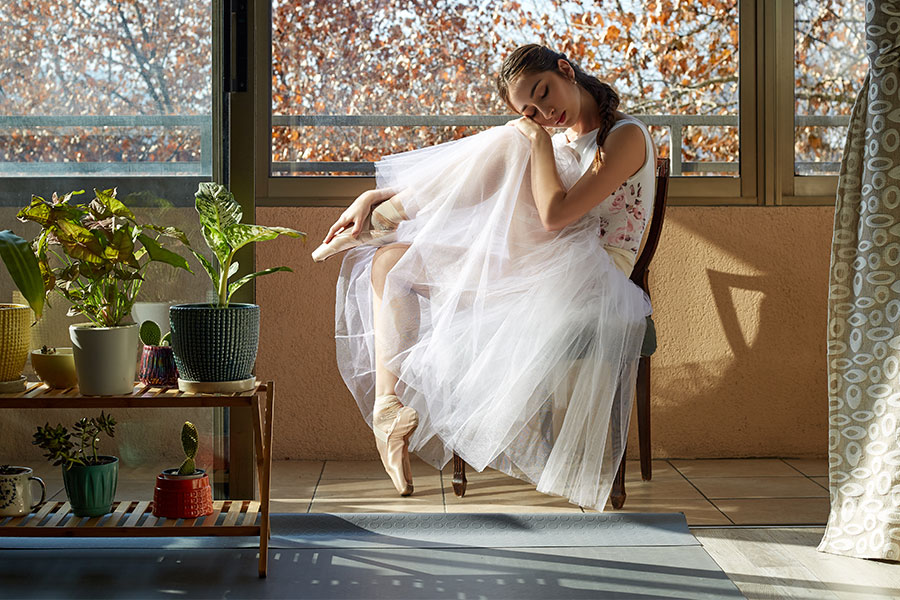