With the United Kingdom as guest of honor, Teatro Mayor presents its 2019 season 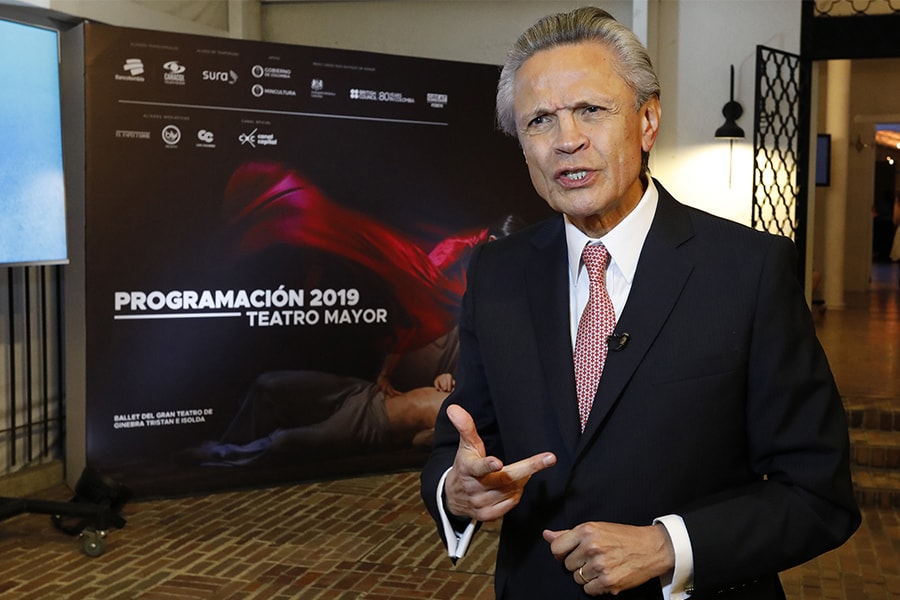 In 2019, the  Teatro Mayor Julio Mario Santo Domingo enters its ninth year, and has structured a program of excellence with 181 shows and 232 performances with leading artists and companies of Colombia and the world. To the seasons of Dance, Music, Theater, Family and Festivals, the United Kingdom is added as Guest Country of Honor, and the IV International Festival of Classical Music of Bogotá, Bogotá is Brahms, Schubert, Schumann

Apart from the already known seasons, new bands are incorporated, such as the creators with special abilities, with artists that will conquer the hearts of the public. Spaces like the Festival Tango al Mayor come back and the guest country of honor will be the United Kingdom.

The United Kingdom has an artistic legacy that combines diversity, tradition, avant-garde and an undeniable hallmark of excellence. The British Embassy and the British Council are part of the great allies that together with the Teatro Mayor have made it possible to present a selection of the best of the British performing arts. Dr. Peter Tibber, British Ambassador to Colombia says “we hope that this strong partnership with the Teatro Mayor Julio Mario Santo Domingo will help establish the foundations for the United Kingdom to support Colombia on the path towards the development of creative industries and that the artistic luxury programming, within the framework of the 2019 season of the United Kingdom, is to the liking of the Colombian public “.
As part of the celebration for the 80th anniversary of the British Council in Colombia, attendees this season will be able to enjoy seven shows of contemporary dance, ancient music, symphony, chamber music and family shows. “Being guests of honor is a dream that we had for some years with the Teatro Mayor Julio Mario Santo Domingo and seeing it materialized fills us with pride. There is no better way to celebrate the 80 years of the British Council in Colombia, than with seven of the most representative performing and musical arts companies in the United Kingdom, “says Tom Miscioscia, director of the British Council in Colombia.

IV International Festival of Classical Music of Bogotá Bogotá is Brahms, Schubert, Schumann – From April 17 to 20 2019

A district party with 50 concerts, 12 of them free, in 10 locations and 15 stages in the city,  with 33 soloists, 7 orchestras, 7 directors, 5 choirs, 4 quartets, a trio and an ensemble. The festival was created in 2013 and is held every two years with the aim of strengthening the recognition that UNESCO made to the Capital of the Republic as the Creative City of Music.