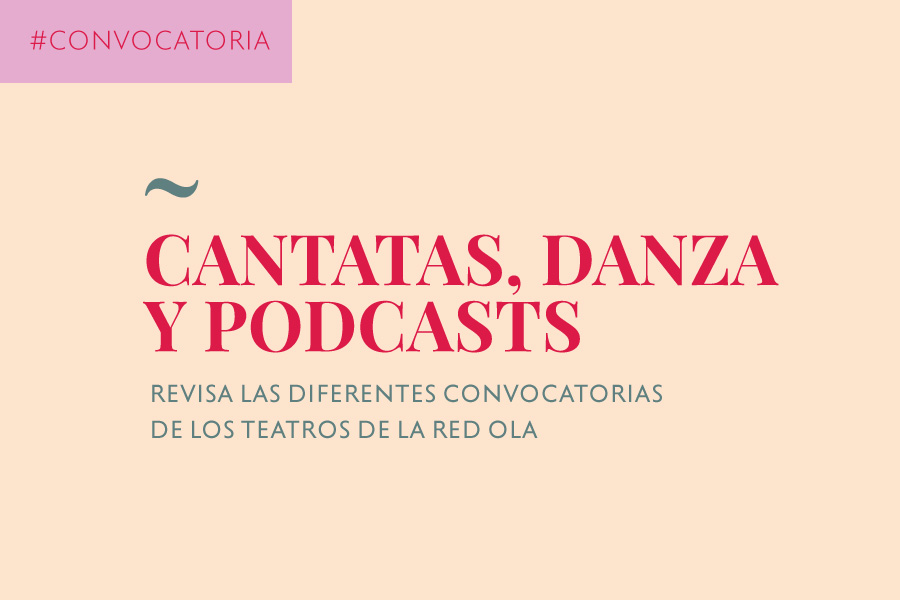 The theaters and organizations of the OLA network have presented new calls for this season, with a commitment to the creation of original compositions and works in disciplines such as opera, lyrical cantata and dance, among others.

In Chile, the Center for the Extension of Arts and Culture (CEAC) of the University of Chile, the Pontifical Catholic University and the Foundation of Youth Orchestras, invite you to apply for the contest “Cantata por el Diálogo de Chile”. The cantata – whose composition must be for orchestra, choir and soloists and collect texts from the work of Gabriela Mistral – will be conducted by maestro Maximiano Valdés.

For its part, the Rancagua Regional Theater announces its 1st Theater Dance Contest. The aim of the contest is to open a “space for the relay of creation”, with a view to the “sustainability of other scenes”.

The Teatro Solís in Uruguay launched the original initiative “Ficción Sonora”, a contest in which participants must present a radio play – in podcast format – that will be broadcast on the cultural institution’s Spotify channel.

Review the details of these and other calls below:

What? The Teatro del Lago is looking for the voice of Professor Rosa for the Cantata Cosas Extraordinarias by Adrià Barbosa and Carla Romero, the final work of the “You Can Sing” program, carried out together with the Ibáñez Atkinson Foundation. “The cantata narrates the adventures of the dog Ciruelo, a school mascot in a small town in southern Chile, on the day of a total solar eclipse,” according to the production.

Who is it? Call for women between 20 and 40 years old whose passion is singing.

When? The recording of this Cantata will take place on September 24 and 25 of this year on the main stage of Teatro del Lago, in the city of Frutillar.

CEAC (in conjunction with the PUC)

Composition Contest “Cantata for the Dialogue of Chile”

Who is it? The contest is open to all Chilean or foreign composers and composers with a permanent stay in Chile. Each composer or composer may submit a single work that must be totally unpublished, in cantata format, with a maximum of 20 minutes and a minimum of 15 minutes.

How? The texts will be by Gabriela Mistral and may be extracted from all her poetic, epistolary, or essays, without any alteration. The cantata will be composed for orchestra, choir and soloists and will have the artistic direction of maestro Maximiano Valdés.

Why? “In the new scenario that the country is experiencing, it is necessary to promote instances of dialogue and understanding between Chilean men and women. Music stands as a bridge that reconciles points of view and provides a dimension that transcends the different perceptions of reality ”, indicates the organization of the contest.

What? The Corporation of Culture and the Arts of the Municipality of Rancagua and its Regional Theater Lucho Gatica summon the 1st Theater Dance Contest. The objective is to encourage dance creation processes.

Who is it? The contest is open to Chileans or foreigners with permanent residence in the country; over 14 years old (minors must present a sworn authorization form before a notary public). Important: “Applications from artists who have current and permanent contracts with the Santiago Ballet and the Chilean National Ballet will not be accepted.

When? Registration until Friday, June 4, 2021 at 11:59 p.m. Among other requirements to be met, a video must be sent showing the technique and talent. The evaluation process will take place from June 8 to 20, 2021, with the awards taking place on June 21 of this year.

Why? “This call is a space for the relief of creation, which seeks to support the sustainability of other scenes,” says the call.

What? Within the framework of its 165th anniversary, the Solís Theater of Uruguay “invites artists, groups and theater casts to present their Ficción Sonora (radio drama) to integrate the Teatro Solís podcast programming, to be broadcast within its Spotify channel ( Teatro Solís Oficial) and website ”.

How? Proposals for sound fiction must be sent in MP3 format that will be transmitted on the Spotify account of Teatro Solís (Teatro Solís Oficial). They should last between 10 and 15 minutes, and address one of the following genres: Terror or suspense; drama; comedy; historical or biographical. Each applicant may submit more than one proposal in MP3 file with the sound effects and atmosphere corresponding to the interpreted text / script.

Why? “The objective of the proposal is focused on the democratization of access to culture by generating and disseminating quality radio theatrical material. In a context in which shows are restricted in their presentations and / or capacity, it is an opportunity to deposit creativity and the need for expression. “

What? The Los Angeles Community Opera invites artists from around the world to join a virtual choir under the direction of James Conlon, Richard Seaver’s musical director, for two free performances on Saturday, March 19, 2022 for the world premiere of the opera “The three women of Jerusalem”, composed by Carla Lucero. The performance will be broadcast from the Cathedral of Our Lady of the Angels.

“The three women of Jerusalem” is based on the story of the Passion and the Way of the Cross and “imagine the anonymous women who wept for Jesus on his way to the crucifixion”, indicates LA Opera. It will be the first opera in Spanish and created by a composer that LA Opera has commissioned for its performance in the Cathedral.

Who is it? The call invites choirs from the Los Angeles community and volunteers from around the world.

How? Participants will record and film themselves singing the choir music of the play. The international recordings will be unified and screened inside the cathedral as part of the live show, bringing all the artists together in one place.

The registration form is available on the LA Opera website.

When? The world premiere is scheduled for Saturday, March 19, 2022.

Why? “Each spring, we open the doors to our stage and invite aspiring artists of all ages from the Los Angeles community — including singers, dancers, and instrumentalists — to perform alongside LA Opera professionals in a full opera. . And on this occasion, we invite artists from all over the world to join us in a virtual way ”, explains the call for LA Opera. 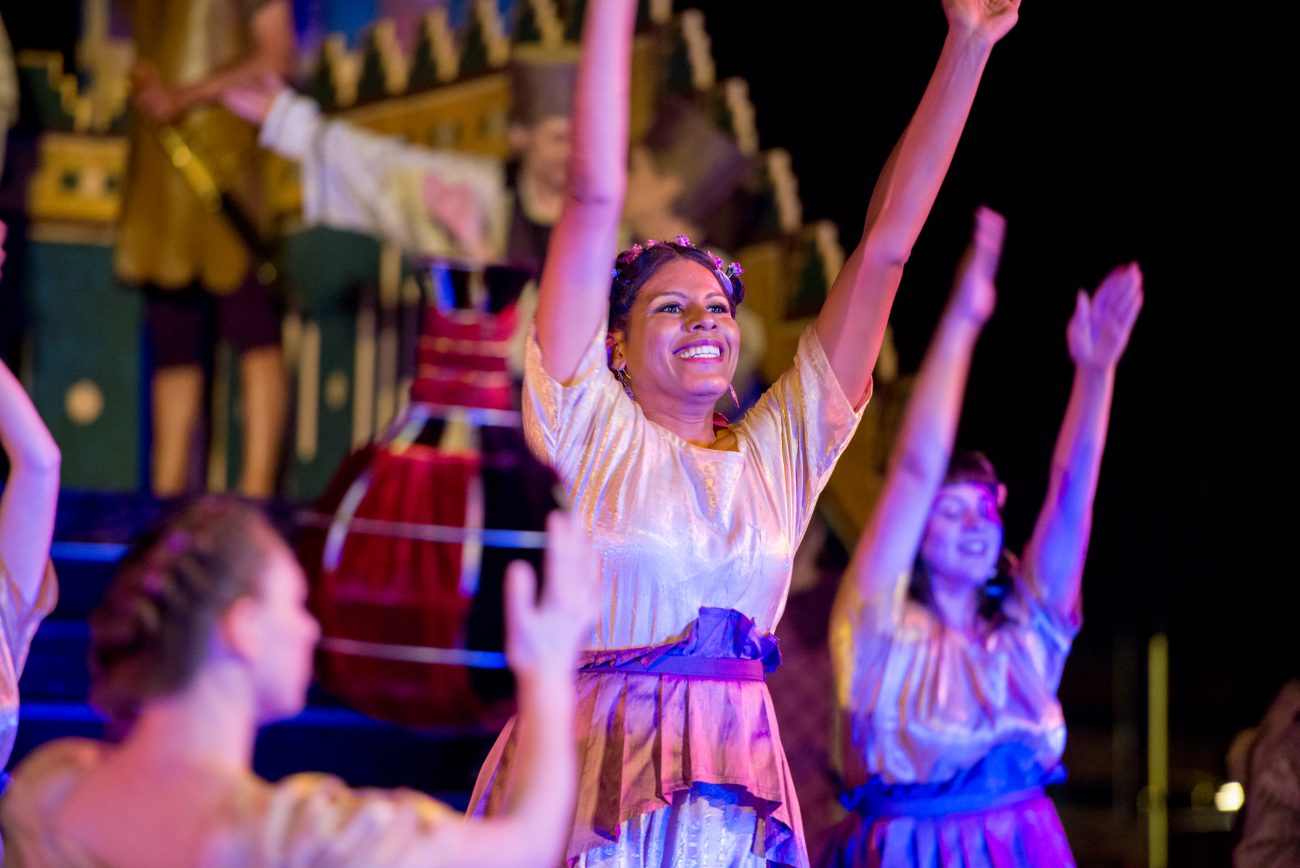 The Community Opera is returning to the Cathedral in Spring 2022 with a world premiere, and we want you to join us. 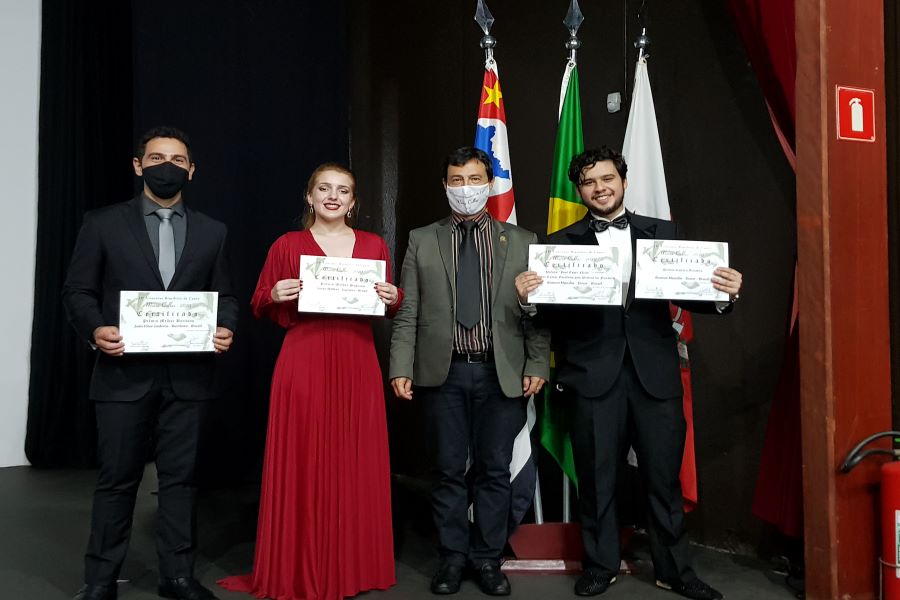 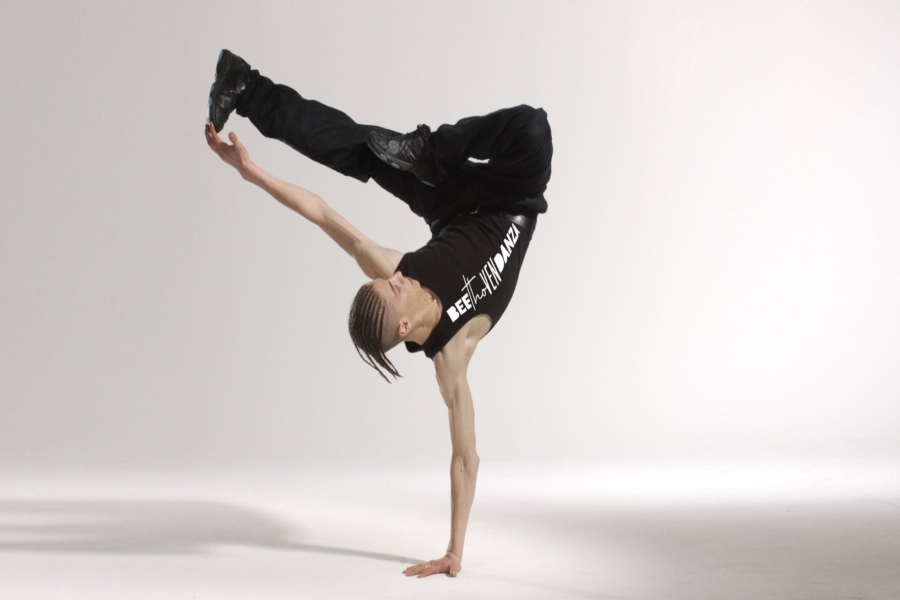