From April 17 to 20, the Teatro Principal Julio Mario Santo Domingo invites a true musical festival for everyone around classical music, with 50 concerts in 15 scenarios of 10 locations, 12 of them free, and three free trials open to the public. As guests will be 33 soloists, 7 orchestras, 7 directors, 5 choirs, 4 quartets, a trio and an ensemble, from 14 countries.

The Teatro Mayor Julio Mario Santo Domingo created in 2013 the International Classical Music Festival of Bogotá, to strengthen the recognition that Unesco made to the Capital of the Republic as the Creative City of Music. Bogotá is the only creative music city in America and shares this honor with Seville (Spain), Glasgow (Scotland), Bologna (Italy), Gent (Belgium) and Brazzaville (Republic of the Congo).

The Festival is held every two years and its purpose is to offer an in-depth look into the work of a composer or a particularly significant period of music. There are already 125,817 attendees who have enjoyed the previous versions with Bogotá is Beethoven in 2013, Bogotá is Mozart in 2015 and Bogotá is the Romantic Russia in 2017. This year, this musical festival will be dedicated to the great composers of German Romanticism: Brahms, Schubert, Schumann and Clara Schumann.

On the other hand, the Fabio Lozano Auditorium of the Jorge Tadeo Lozano University joins the Festival as a stage for free open rehearsals. The public will be able to see how the Philharmonic Orchestra of Bogotá, the National Symphony of Colombia and the Dresden Festival of Germany prepare for their concerts and rehearse the works they will perform in other venues. In these spaces the orchestras take breaks, repeat certain fragments and focus on certain passages of the works they seek to perfect.

The International Festival of Classical Music of Bogota, Bogotá is Brahms, Schubert, Schumann, will continue to summon the musical audiences and provide a privileged opportunity to bring classical music to new audiences.
For this reason, the concerts will have a subsidized ticket office, with tickets that range from $ 15,000 pesos (approximately 5 USD). In addition to this, 12 free concerts will be held in community centers, libraries, auditoriums and churches to ensure the participation of a large number of citizens.

According to the publication of the QS World University 2019 Ranking, the University of Music and Performing Arts of Vienna (mdw) took first place, together with the American Juilliard School , in the field of music and the performing arts. One of the groups of this prestigious institution is the Chamber Choir of the University of Music Vienna Webern-Kammerchor der mdw, which will be in the Colombian capital in April as part of the IV International Festival of Classical Music of Bogotá, Bogotá is Brahms, Schubert, Schumann, organized by the Teatro Mayor Julio Mario Santo Domingo.

QS Quacquarelli Symonds, the firm that recently published this prestigious ranking, has become the most popular source of comparative data on university performance in the world through its QS World University Rankings. According to the publication by the University of Music and Performing Arts of Vienna, the results of QS World University 2019 were based on the opinions of experts of 1,219 academic professionals working in this field and about 3,100 graduate employers of these institutions, who give testimony of the high academic level of this university.

The Chamber Choir of the University of Vienna WebernKammerchor der mdw, under the direction of Alois Glaßner (Austria), has a repertoire that goes from the oratorios of the Baroque to works of pop and jazz or from madrigals to premieres of contemporary works for choir a cappella. In addition, he has made numerous tours in Japan, France, Germany, Spain and also Finland, where he received the first prize in the International Choral Competition in Tampere.

The Choir will offer two concerts. The first one will be the Friday 19 April at the Teatro Colón, with works by Schubert and Brahms, accompanied by Austrian soloists Cornelia Horak (soprano) and Günter Haumer (baritone), and Colombians Martha Liliana Bonilla (harp), Jorge Mejía and John Kevin López (horns) and Mauricio Arias (piano). And the second will be on Saturday April 20 in Church of the Immaculate Conception of Suba, with free entry, where they will sing works by Brahms, Schubert and Schumann and Clara Schumann. 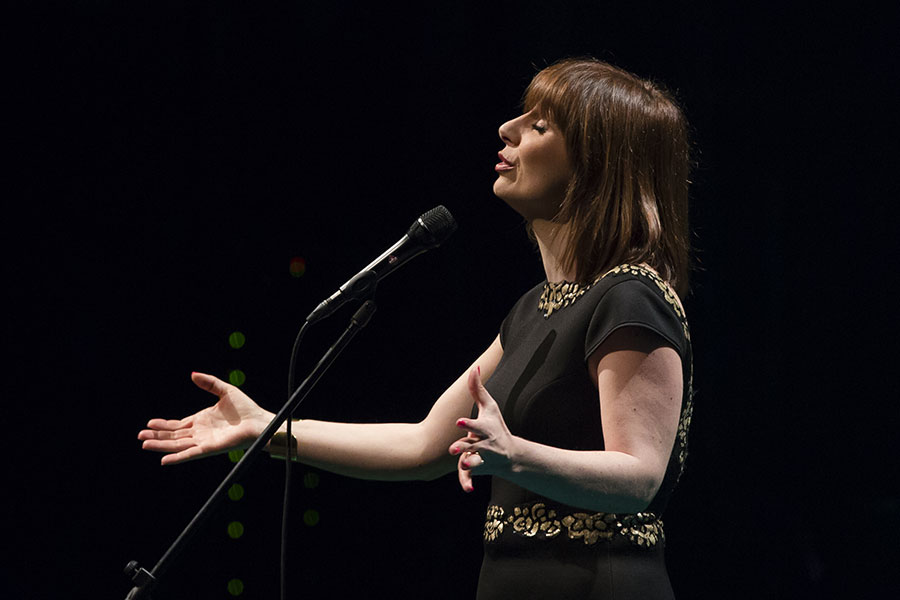 Alzira de Verdi, the Israel Philharmonic, a fado star and more shows can be enjoyed at Teatro Digital in July