September at the Teatro Colón: a month with the best of Ballet, Opera and Orchestral Music 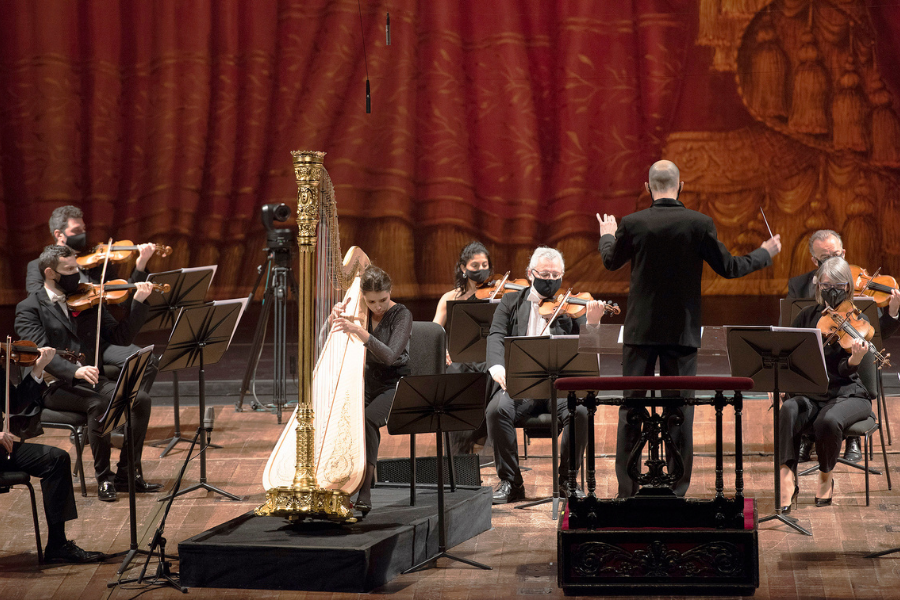 The return to the stage of the Stable Ballet of the Colón Theater will be inaugurated with the presentation of a Mixed Program, with music by Tchaikovsky and Piazzolla.

There will also be two concerts by the Buenos Aires Philharmonic Orchestra, and the premiere of “Theodora” by Händel, in a stage version on the oratory under the musical direction of Johannes Pramsohler, the stage direction of Alejandro Tantanián and the star participation of the actress. Mercedes Moran.

The Extraordinary Pass promotion, with discounts of up to 50%, will only be available during the month of September.

The 2021 program of the Teatro Colón continues during the month of September in accordance with current health regulations, and with various artistic proposals that include Ballet, Opera and Concerts.

The Extraordinary Pass, which will be available only for the month of September, contains discounts of up to 50% on the total value of the purchase of tickets from the second show. You can choose interchangeably between Ballet, Orchestra, and Opera functions. Different room locations can also be selected.

The only condition is to maintain the same number of seats in each of the selected functions.

The Stable Ballet of the Colón Theater, under the direction of Paloma Herrera, will make its long-awaited return to the stage with a Mixed Program made up of the premieres of Vendaval, with music by Tchaikovsky and choreography by Maximiliano Iglesias and Itinerario Piazzolla, with choreography and visual conception by Alejandro Cervera when we have the information.

The Buenos Aires Philharmonic Orchestra will offer two concerts on Saturday, September 18 at 8:00 p.m. under the direction of Enrique Arturo Diemecke and solo performances by the pianist Lilia Salsano and the mezzo-soprano Cecilia Díaz. The musical program will include two works by Igor Stravinsky: Symphony for Winds and Concerto for Piano and Winds. In addition, on the occasion of the 75th anniversary of the death of the composer Manuel de Falla, his work El Amor Brujo will be included.

While the second presentation will be on Thursday, September 30 at 8:00 p.m. with the musical direction of Pablo Drunker and with the pianist Tomás Alegre as soloist. The evening will feature works by Oscar Strasnoy, Ittingen – Concerto, by Wolfgang Amadeus Mozart, Piano Concerto No. 12 in A major, K414 and Igor Stravinsky, Apollon Musagete.

Theodora, a work by the English composer Georg Friedrich Händel, will go on stage from Tuesday 28th in a stage version for an actress, singers and orchestra. The musical direction will be in charge of Johannes Pramsohler, the stage direction will be Alejandro Tantanián, and the production will have the performance of Mercedes Morán as a special guest.

The artistic piece is an oratorio by Händel with a libretto by Thomas Morell, and is based on The Martyrdom of Theodora and Didymus, a work by Robert Boyle published in 1687.

The seats and the Extraordinary Pass are already on sale and can be purchased online through www.teatrocolon.org.ar. Also in person at Viamonte 560, local 5, from Monday to Friday from 10:00 a.m. to 4:00 p.m.

September at the Teatro Colón – Schedule of Presentations

Stable Ballet of the Teatro Colón

I. Stravinsky: Symphony for Winds

I. Stravinsky: Concerto for Piano and Winds

Stage version of the oratorio for an actress, singers and orchestra