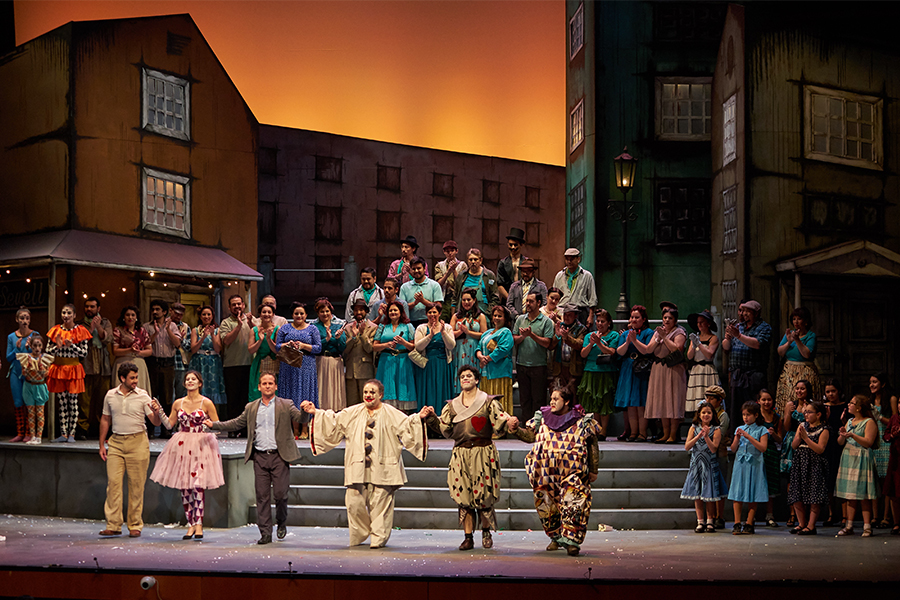 The Teatro Regional of Rancagua opens its doors to the classic Leoncavall’s Pagliacci, for its 2019 Opera and Ballet Season. This co-production with the Municipal de Santiago, is set in Sewell of the 50s and will feature the direction of Rodrigo Navarrete and the musical direction of Eduardo Diaz.

On May 10 and 11 at 8:00 p.m., the anticipated premiere of the opera Pagliacci, set in Sewell in the 50s, is presented, a very interesting heritage site to show and also brings the work closer to our reality. Along with structures that represent the rugged geography of the town, and costumes adapted to the era, accompanied by circus art and illusionism. This production will be in charge of the outstanding Director of Chilean Scene, Rodrigo Navarrete.

Pagliacci, is an original work of the late nineteenth century by the composer Ruggero Leoncavallo. The public will investigate the history of Canio and Nedda, a marriage of circus artists whose relationship will deteriorate when the husband finds out that his wife is in love with another man. The production aims to highlight the virtues of the opera, realism in acting without the “stiffness” used in the lyrical assemblies: example of this will be the sensual scene of Nedda and Silvio and the brutal scenes of femicide and homicides at the end of the work . It will also include moments of circus art, illusionism and prestidigitation.

“I want to highlight the erotic aspect between Nedda and Silvio”, explains the Regisseur. He warns that the work will be set in the historic mining town of Sewell, a World Heritage Site by Unesco – in the 50s. “I have always thought that Pagliacci has to happen in a ‘small town’. As the popular saying goes: “small town, big hell”. All Sewell is disturbed by the arrival of this theater company, “adds the Director of Scene, Rodrigo Navarrete.
The production will include the participation of the Youth Symphony Orchestra of the Teatro Regional de Rancagua and the Polyphonic Choir of Rancagua.The soloists are José Azócar as Canio; in the role of Nedda, Marcela Gonzáles, Tonio played by Matías Moncada; Eleomar Cuello as Silvio; and in the role of Beppe, David Rojas.
.

Graduated in English Pedagogy from the Universidad de Concepción. He began his musical studies at the Concepción Conservatory. Her principal singing teacher was Master Clara Oyuela. He has conducted numerous acting workshops, in addition to a Theater Management course at the University of Chile.
He makes his debut as Angelotti in Tosca, production of the Municipal de Santiago. He has participated in more than a hundred productions in Chile and abroad, performing more than sixty roles, such as: Leporello, Raimondo, Mephistopheles (Faust), Don Alfonso, Enrico VIII, Timur, Sir Giorgio; participating in Lieder recitals and symphonic-choral works: The Messiah, The Creation, The Passion according to Saint Matthew,Requiem German, among others. Outstanding activities in his career have been the participation in the concert that marked the return of Plácido Domingo to the Municipal of Santiago. He is selected for the Luciano Pavarotti International Song Contest.

In addition, he is invited to Lima to participate in a production of The Magic Flute, playing El Orador; under the artistic direction of Luigi Alva, he played Don Alfonso in Cosi fan Tutte. He also performs a series of concerts in Italy: El Barbero de Sevilla, Recital Lírico and Gala Rossiniana, in Milan, and Requiem Jomelli’sin Parma. He is invited to L’Opéra de Montréal to sing the role of Monterone. He makes his debut at the Kennedy Center in Washington DC as Father Antón in El Gato Montés, also participates in the premiere of El Ahijado de la Muerte, an opera composed by the Chilean maestro Wilfried Junge. He obtains the first places in the International Song Contest of Trujillo, Peru and in the Singing Contest organized by the Pencopolitana de Concepción Corporation. He travels to the Festival of Savonlinna, Finland, as an assistant registrar in the assemblies of Joaquín Murieta and Los Capuletos and Los Montescos. He is invited as a Scenic Director Assistant to the Solís Theater in Montevideo. He has ventured with great success as a stage director: Carmen (with Verónica Villarroel as protagonist), La Traviata, The Magic Flute and Turandot. Creator of the assembly A Journey through the Opera, presented in the region of Aysén, by the Professional Choir of the Municipal of Santiago. For the Regional Theater of Maule has performed Fiesta of El Murcièlago and La Traviata.

About Eduardo Diaz, Musical Director
Graduated in Choral Conducting at the Conservatory of Music of the city of Matanzas, and years later reaches his Bachelor’s degree in Orchestral Conducting at the University of the Arts, in Havana, Cuba. He has completed a Pre-doctoral Diploma in Hispanic-American Musical Heritage at San Geronimo University in Havana, attached to the University of Valladolid, Spain and Post-Graduate in Orchestral Conducting at the University of the Arts, Cuba. From 2006 to 2014 he works as Musical and General Director of the National Opera of Cuba, directing important titles of opera, Spanish zarzuela and Cuban. With the Daejeon Opera of South Korea, he directs Lucia Di Lammermoor, by Donizetti, Tosca by Puccini and La Traviata by G. Verdi. He is a permanent guest of the opera and zarzuela seasons of Medellín, Colombia. Directs on several occasions, the Closing Concerts of the Seasons of Choral Music and Classical Music of the Rubén Darío National Theater in Nicaragua. Invited by Prima Ballerina Assoluta Alicia Alonso, director of the National Ballet of Cuba, to direct premieres of her choreographies in different editions of the International Ballet Festival of Havana. In 2012 he was appointed General Director of the National Opera of Cuba and the Symphony Orchestra of the Opera and Ballet of the same country. He has taught Orchestral Conducting at the University of the Arts in Cuba, as well as Choral Direction in various music conservatories. Based in the city of Rancagua, he has participated as director of the New World Orchestra, in different programs at the Regional Theater of Rancagua and also in the productionBallet of the Swan Lake (2016) and theopera Carmen (2017). last in front of the Orchestra of the Regional Theater in popular functions presented in the Medialuna Monumental of the regional capital.

About Marianela Camaño, Scenography
Her academic and professional life is linked to university teaching and architectural, scenic design, urban installations, choral and solo performance, musical composition, painting, illustration and graphic design. Her training in performing arts incorporates scenography and scenographic realization chairs at the Academy of the Art Institute of the Teatro Colón in Buenos Aires and a Master’s Degree at the Polytechnic University of Catalonia, Barcelona, ​​where she had teachers such as Marcelli Antúnez, founder of the Fura dels Baus, Jordi Planas illuminator and teacher of the Institut del Teatre, Les Comediants group among others. 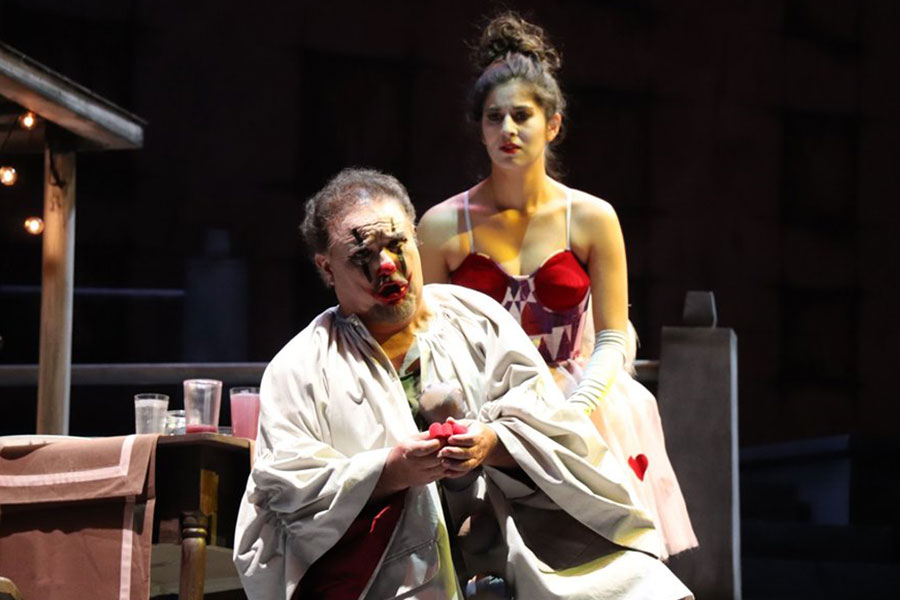