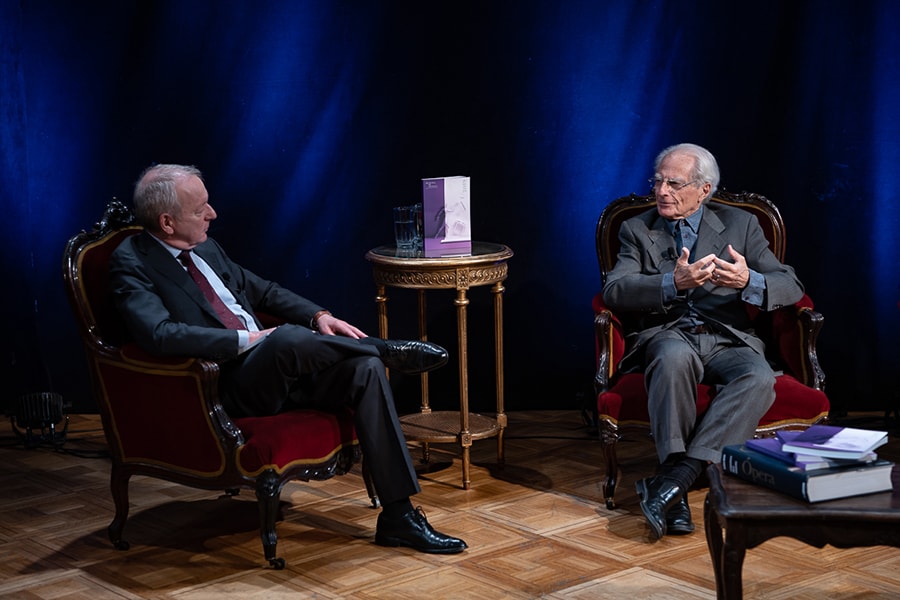 With a strong and excellent programming, the 2019 season of the Municipal de Santiago is composed of opera titles such as Rodelinda debut in Chile, the return after 60 years of La fuerza del destino and Faust with the André regime Heller-Lopes. In the highlight ballet the presentation of La casa de los espíritus, based on the novel by Isabel Allende and the return of Raymonda, in the applauded version of Luis Ortigoza

The Season of Extraordinary Shows 2019 will open with the Spanish soprano Ainhoa ​​Arteta, winner of the Metropolitan Opera National Council Auditions and Operalia in 1993, followed by the concert Curtis On Tour with Roberto Díaz, Chilean violinist and president of the Curtis Institute of Music, who will perform with George Xiaoyuan Fu and the young clarinetist Tania Villasuso. Zuckerman Trio, described by Limelight magazine as a “made in the sky” ensemble, is made up of the famous violinist, violist and orchestra director Pinchas Zukerman, cellist Amanda Forsyth and pianist Angela Cheng. Finally, thebe presented for the first time at the Municipal de Santiago Astor Piazzolla Quintet will, with a repertoire marked by the composer’s classics that revolutionized tango. The presentation of the Season of Extraordinary Shows 2019 is possible thanks to AES Gener, strategic sponsor of the Municipal of Santiago.

The Opera Season begins with a classic that returns to our stage after 60 years: The Force of Fate by Giuseppe Verdi, staging by Stefano Vizioli and musical direction by Konstantin Chudovsky. It is followed by a comedy for music, The gentleman of the rose, of Richard Strauss, with musical direction of Maximiano Valdés in a proposal

scenic of Alejandro Chacón. Finish the trilogy of Mozart / Da Ponte with Così fan tutte, with the régie de Pierre Constant and the baton of Attilio Cremonesi, Principal Guest Conductor of the SFO. The fourth title of the season is a premiere in Chile: Rodelinda by Georg Händel, directed by Philipp Ahmann and staged by Jean Bellorini. Return to our stage La italiana de Argel, by Gioacchino Rossini, with the musical direction of the Rossini expert José Miguel Pérez Sierra, this time with a scenic proposal led by Rodrigo Navarrete. The lyrical cycle ends with the drama Faust, by Charles Gounod, with régie de André Heller-Lopes, and the musical direction of Konstantin Chudovsky.

The Ballet of Santiago begins the season with La Cenicienta, with choreography by Marcia Haydée and music by Sergei Prokofiev. Then, Raymonda, in the Luis Ortigoza version, with musical direction by Pedro-Pablo Prudencio and Eugenio Oneguin, a dance drama by John Cranko with music by Tchaikovsky. The season continues with the Stravinsky Festival, featuring The Firebird Marcia Haydée’s, and The Rite of Spring Glen Tetley’s.

The fifth title of the season is The House of the Spirits, an absolute premiere based on the novel by Isabel Allende, with music by José Luis Domínguez and choreography by Eduardo Yedro. The Sylphide, one of the pillars of the romantic tradition, returns to our stages with the choreography of Peter Schaufuss, according to August Bournonville. With Christmas comes Nutcracker, Tchaikovsky’s ballet that thrills audiences around the world, in the Jaime Pinto version.

The ten scheduled concerts of the season will allow the Philharmonic Orchestra of Santiago to show its great talent and level of excellence. Under the leadership of its holder Konstantin Chudovsky; from its Resident Director Pedro-Pablo Prudencio; of its Director Emeritus Juan Pablo Izquierdo; from its Principal Guest Director Attilio Cremonesi and guest artists Paolo Bortolameolli, Maximiano Valdés and Rodolfo Fisher, the Orchestra will take a tour through the works of Ludwig van Beethoven, Arnold Schönberg, Gustav Mahler, Claude Debussy, among others. Finally, the epic score by John Williams, better known by thesaga Star Wars, will be performed live by the Philharmonic Orchestra of Santiago, in a concert directed by Pedro-Pablo Prudencio and will be accompanied by a projection of images from the movies of George Lucas.

In the Season of Great Pianists the public will have the opportunity to enjoy the virtuosity of Filippo Gamba and one of a hundred of the best pianists of the 20th century, Bruno Gelber; the outstanding Chilean Davor Quinteros, the young specialist in repertoires of Bach, David Fray, in addition to Lilya Zilberstein, the great exponent of the music of Prokofiev, Olli Mustonen, and Daniel Gortler.

Bringing children to the performing arts through more playful pieces, tailored to their needs, is the priority of theprogram Small Municipal, which will feature nine school andproductions
family. Raymonda, The bird of fire, The Italian of Algiers and Woods of Robin Wood, are some of these expected titles.

As in recent years, the Municipal of Santiago will offer, in conjunction with the Municipality of Santiago, Citizen Concerts, free and for all. Theis included in the series of2019 program Noon Concerts, on weekdays at 1:30 p.m., on Musical Sundays, the Classical Guitar Cycle and the novelty for this year of an Improvised Music Series, by young people and talented national musicians headed by Diego Errázuriz.

2019 SEASON TICKET
The renewal of Opera, Ballet, Concert, Grand Pianist and Small Municipal Fees begins on Thursday, October 4 and will run until December 4. Those who wish to purchase new subscriptions can also do so from October 4. Part of the benefits of being paid include, among other things, a fixed chair for all functions and a 25% discount on the purchase of other shows of the official season.

In addition to the Grand Pass and the Flexible Pass, there is the Trio Pass, which consists of an assembly of shows of different categories, designed to satisfy all tastes. Finally, the discounts are applied to the package of tickets on ticket price. Due to the success of sales, last minute tickets will be kept for young people up to 25 years old, who will be able to buy tickets in the best locations for $ 8,000 pesos, available from 00:00 hrs. of the day of the function (until stock is exhausted). To do this, you must register on our website and be attentive to social networks. The Municipal of Santiago reserves the right to select functions, price category and locations.

Meanwhile, the sale of individual tickets begins on October 4.