For the second consecutive year, Teatro Colón opens its doors this summer to girls and boys between 6 and 13 years to have a week of experiences and recreational experiences carried out by a staff of professionals composed of teachers, artists and stage designers

From next Monday, January 13 and until Friday, February 7, Teatro Colón will hold the second edition of its summer colony entitled Fantastic Beings in Nature and aimed at girls and boys between 6 and 13 years.

The Colony of Teatro Colón is transformative because it opens an artistic, recreational and interdisciplinary space. A five-day immersion in the expressive language of the body, dance, music and song, but also exploring the stage specialties such as: scenery, costumes, characterization, assembly and photography that make the essence of Teatro Colon as a theater of production.

An unforgettable week in the time of all childhood, an experience and transformative. A colony that enhances sensitivity, joy, collective creation, links, diversity and inclusion based on artistic proposals.

To download the registration forms, regulations and file medical, it will be necessary to enter www.teatrocolon.org.ar.  (See registration fees in the detail at the end of the newsletter).

The Colony offers two workshops proposals among which each participant must opt ​​at the time of registration. The singing and movement area with dance, song and musical initiation workshops. The scenography area with workshops, scenography and photography.

Both areas will work on concepts of artistic direction, writing, dramaturgy and illustration, construction and design of theaters.

Finally they will prepare a collective show for the open class with families.

6 to 9 years / Singing and movement

Musical initiation + Singing: Music and singing workshop where children will explore the possibilities inherent in their own voice as an expressive instrument. They will perform rhythmic and vocal exercises and execute small choral pieces. The objective is the collective song that adds as a gear to the idea of ​​building the language of the Opera.

DanceDance:workshop aimed at acquiring a greater awareness of the body “in motion”, in relation to others and with the space in which we act. The approach focuses on exploring the expressive possibilities of the body and space. The objective is the collective dance that adds as a gear to the idea of ​​building the Ballet.

Scenic Workshops: Through the game, we will deal with some of the Theater Theater workshops with specific teachers in the field such as set designers, characterizers and costumes.

Photography workshop: The point of view and look will be worked on when capturing a snapshot that crystallizes a moment, a movement, a scene.

Artistic / Regie managementworkshop: Construction and assembly workshop of the different artistic experiences and disciplines explored and experienced in the other workshops. The objective is the collective construction as an idea for the realization of a work either Opera or Ballet.

The 120 participants will be given an individual kit with the materials to make their own theater during the week.

The kit will contain:

– An openwork and printed piece of the Teatro Colón mouth.

– Two backgrounds and two legs for each boy or girl to design their own scenery.

Creative Writing: Literary workshop of listening and composition with writers specialized in contemporary children’s literature will give free rein to Fantastic Beings curious to be written and described in texts made with the boys and girls of the colony. The invited writers will be: Eduardo Abel Gimenez, Nicolás Schuff, Melina Pogorelsky and Juan Lima.

Illustration Workshop: Four leading illustrators will be the masters with whom the fantastic Beings in nature will come to life drawn that they will print on sheets and strokes. The guest illustrators will be: Maria Elina Mendez, Mariana Ruiz Johnson, Cristian Turdera and  Vanessa Zorn.

Yoga: During the five days of the colony, all participants will collectively take 20 minutes of practice in the foyer of the Teatro Colón before starting the workshops. The 120 children will be guided by 3 teachers from the Colonia team and will be accompanied by a musician for each occasion. A small series with exercises and breathing positions will be dictated.

Guided tour: On Monday of each week the group will conduct a treasure hunt guided by Pearl, articulating actress, and the teaching staff with musicians and singers. They will visit different spaces of the Theater, where they will know their architectural heritage, the tasks, trades involved and stories of the world of one of the most important production theaters in the world. At the end of the girls and boys in the Colony of the Teatro Colón, they will find the treasure: their Artist Books. Each one will take their own to make a creative record of their experience in the colony.

Artist’s book: Many writers, plastic artists, musicians and filmmakers always carry a notebook to write or draw their ideas.

Perla / Actress articuladora: Perla will be the guide of boys and girls who through play and humor will favor the construction of possible internal and external worlds. Work on the feelings of each girl and boy while creating so that she can be encouraged, exposed and enjoy her work.

The Teatro Colón will provide a healthy snack for each girl and boy at the brunch with a mini concert in the dining bar.

COST AND MODALITY OF REGISTRATION

Registration is subject to vacancy availability. To download the registration forms, regulations and medical form, you will need to enter www.teatrocolon.org.ar. 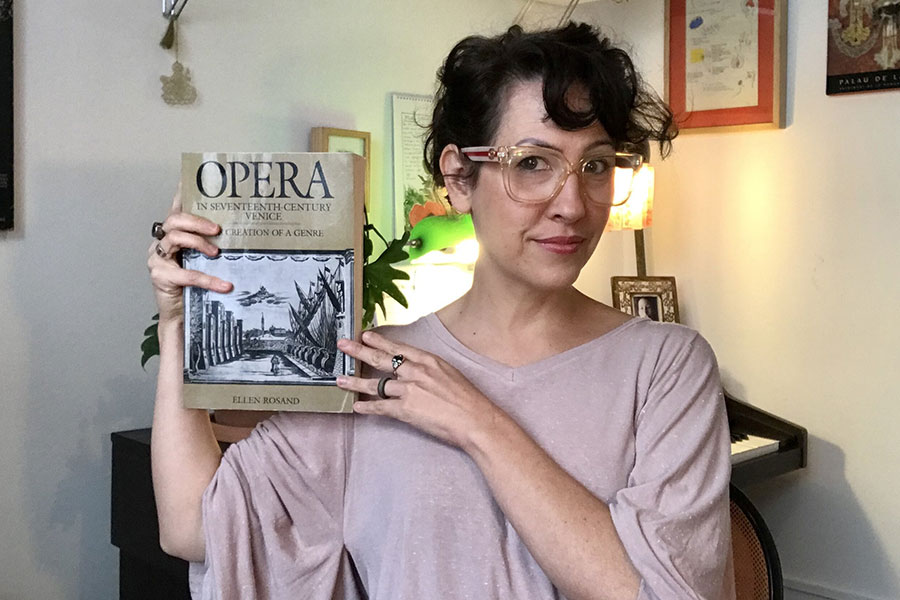