Innovation, current affairs and education: the commitment of Teatro del Lago for 2018 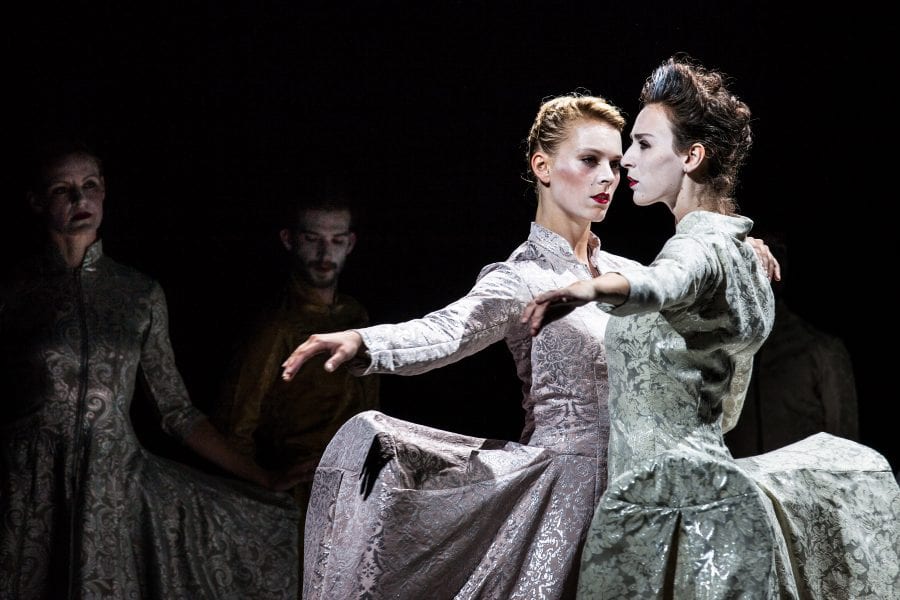 From the French work Pixel, to the Ballet of Teatro Colón in Buenos Aires directed by Paloma Herrera, to the Bulgarian soprano Sonya Yoncheva, the eighth season of Teatro del Lago de Frutillar, will be marked by an agenda connected with the sensitivity of today’s society, the role and influence of the technology in interpersonal relationships and artistic – educational synergy.

Technology and Performing Arts
A three-dimensional experience that combines dance, video mapping, hip hop and circus is Pixel, one of the most acclaimed creations of the famous French choreographer, Mourad Merzouki. The exceptional combination of the aforementioned arts with the virtual world is part of the seal that Teatro del Lago wanted to give to its 2018 season, colored by works sensitive to everyday life, the use of technology and the artistic-educational synergy characteristic of theater.

.
The play Replica, a project led by Javier Ibacache and that will feature the work of Francisco Pérez-Bannen and Felipe Zepeda, is also linked to a topic of great validity: artificial intelligence. The assembly comes under the direction of Francisco Krebs and the dramaturgy of Isidora Stevenson.

.
Taking advantage of technology from elsewhere and in order to bring the public closer to the great productions of one of the most prestigious opera and ballet houses in the world, Teatro del Lago will broadcast six titles of the Royal Opera House in London. The chosen works were the operas “Rigoletto“, “Tosca” and “Carmen” and the ballets “Manon“, “Leonard Bernstein” and “The Swan Lake“. All of them, with the Royal Ballet of London and the prima ballerina Marianela Núñez in the leading roles.

.
Anniversary Festival 2018 headed by the only Sonya Yoncheva
Next season will also boost the debut in Chile of the outstanding Bulgarian soprano, Sonya Yoncheva. She will be accompanied in her recital, by Antoine Palloc, recognized worldwide for his quality as a pianist and who will also offer a master class for musicians who want to orientate themselves along this path.

.
“The great artists like Sonya Yoncheva are inspiring, not only for those who love opera, but also for the public that seeks to get excited with an artist, with the depth of the musical experience that this can give. We are honored that Mrs. Yoncheva will enhance our stage by marking her debut in Chile, as in the past other stars who have returned to the country afterwards like Javier Camarena and Maxim Vengerov, or like Valery Gergiev, Diana Damrau, Marianela Núñez and Yo-Yo Ma, among others “, said the Artistic Director of Teatro del Lago, Carmen Gloria Larenas.

.
The Anniversary Festival will also include the participation of the renowned harpist of the Metropolitan Opera House of New York, Emmanuel Ceysson, considered the “enfant terrible” of that instrument.

.
Leonard Bernstein Festival in its centenary
Teatro del Lago will be added in 2018 to the international celebrations of the centenary of the birth of the famous American composer, director and musician, Leonard Bernstein.

.
“We join the celebrations programmed in the five continents with this Festival that will have as its central axis, the world premiere of” Love, Lenny “, written by Steven Fisher. “Love Lenny” will have a dramatized reading format to address the tensions in the professional, creative and personal life that the composer lived at the end of his life. The protagonists will be three: the same Leonard Bernstein, his wife Felicia Montealegre and his mentor and friend, also musician Aaron Copland. The personified Felipe Castro, Paola Volpato and Diego Casanueva, respectively, under the direction of Francisco Krebs.

.
The Festival also includes concerts with the Resident Ensemble where guest musicians and Chilean singer Evelyn Ramírez will participate; and the choirs of children, young people and adults that Teatro del Lago manages together with Fundación Ibáñez – Atkinson; documentaries, the screening of the musical West Side Story and conversations around the figure of the artist.

.
Festival Holy Week: chamber music to live the reflection
The Festival will focus on chamber music both on the stage of the theater, and in other spaces outside of it, in different places in Frutillar. The proposal of the mezzo-soprano Constanza Dörr and the pianist Jorge Hevia, “La Pasión de Bach”, will be complemented by proposals from the Resident Ensemble and the Teatro del Lago Choirs, to which will be added guest musicians.

.
Contemporary European dance will be present with the Dutch company of the moment, Scappino Ballet Rotterdam. Accompanied live by the Baroque chamber orchestra Combattimento and under the creative direction of the prominent Ed Wubbe, the group will present “Pearl – Scala“, a proposal that unites dramatic dance with theater, reflecting the beauty and power of Baroque music.

.
As for Orchestras, the Camerata Salzburg will be entrusted with enchanting the public with the purest and classic Mozart tradition of which they are heirs. They will be produced accompanied by one of the most outstanding recitalists of today, Bernarda Fink. Contrast with that concert, which will offer the Junge Deutsches Philharmonie led by Jonathan Nott with the Symphony No. 4 by J. Brahms, work considered his masterpiece with the Requiem, and the Symphony No. 1 “Titan” by G. Mahler of great melodic richness.

.
In the framework of chamber music, we will also have the successful International Soloists Concert that will take place within the framework of the program of Improvement for young musicians from Chile and Latin America Master Course in International Chamber Music CMMC in the month of February. They will be part of this select group Christian Ostertag, Wen Sinn Yang, Angelica Merkle and Norberth Kaiser.

.
For the family
Flamenco reappears in Teatro del Lago with Federico García, a show with live music, which preserves the vibrancy of Flamenco, with the magic that projections can bring and the depth that the word can give, in this case, the texts of it Federico García Lorca.

.
Along the same lines, Teatro del Lago will develop its own production based on the homonymous book by Chilean writer Elizabeth Subercaseaux edited by Penguin Random House, “La Música para Clara“, which, as the author herself described, is a story of love, pain and genius.

.
The proposal with which we celebrate the Day of the Book 2018, will alternate the music of R. Schumann with extracts from the original book, the actress María Olga Matte, revive those lyrics as “La Voz”. On the piano, will be the pianist of the Resident Ensemble.

.
Also it will revive with music, the infantile series of the tender and opinionating elephant Babar. The pianist Damien Luce, together with the narration of the actor Néstor Cantillana and the live drawings of the Argentine illustrator Federico Mozzi, will build a creative and artistic space to go through this story.

.
Teatro del Lago commissioned the Spanish – Chilean choreographer Esdras Hernández again, a version of “Coppélia” for the Dance School directed by Macarena Montecino. The particularity of this project is that it will be carried out in two stages. In 2018, it will be presented to the community with didactic functions, which include conversations.

.
The School of Dance will also star in the Christmas classic, “Nutcracker” in the month of December, in another Teatro del Lago production.

.
The Contemporary Circus, will have its moment with Fauna, awarded work in the prestigious Festival Fringe 2017.
The German company Familie Flötz will arrive for the first time in Frutillar with “Teatro Delusio“, a work that shows what happens behind the scenes, where three stage-workers lead a life without brightness, without dreams and in which the theater, the masks and the music, they achieve an unforgettable whole. Work plays with the infinite facets of the universe.

.
New alliances
As part of the design of the 2018 season, Teatro del Lago held various collaborations and strategic alliances with other cultural organizations in Chile and the world, with whom they have joined forces and ideas to make possible different projects of value for the country. Among them, Teatro del Lago will collaborate with Teatro Colón of Buenos Aires, the Royal Opera House, the Teatro Nescafé de las Artes, Puerto de Ideas Festival, Dell’Arte – Brasil, CorpArtes and Opera Latinoamérica OLA.