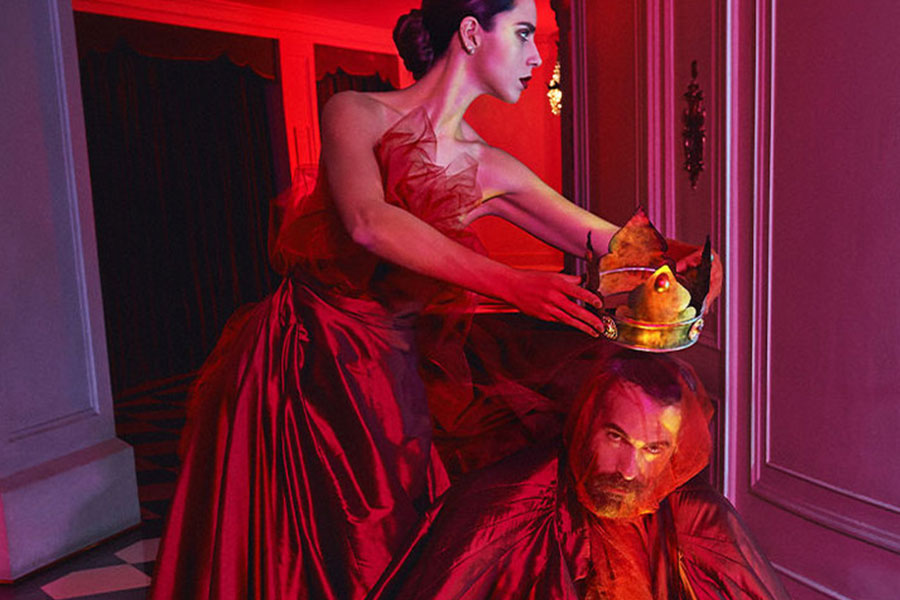 Die Zauberflöte , Nabucco, a new production by Lucia di Lammermoor, the expected return of Der fliegende Holländer, the West Side Story debut and the drama of Macbeth is what includes the lyrical season 2020 of the Municipal de Santiago.

The enigmatic and beautiful work of Wolfgang A. Mozart, Die Zauberflöte opens the Season Opera 2020 of the Municipal de Santiago, in a proposal by Rodrigo Navarrete, with musical direction by Attilio Cremonesi. It is followed by Nabucco, lyrical tragedy by Giuseppe Verdi, with musical direction by Pedro-Pablo Prudencio and staging by Stefano Poda. The third title is Lucia di Lammermoor, by Gaetano Donizetti, who returns in a new production by Stefano Vizioli – who would surprise the audience with The Force of Destiny– and musical direction by Roberto Rizzi Brignoli, who also debuts as the Principal Conductor of the Philharmonic Orchestra from Santiago. The season continues with the opera  Der fliegende Holländer by Richard Wagner, with the regie of  Marcelo Lombardero and musical direction by Paolo Bortolameolli. And, for the first time at the Municipal, thanks to the sponsorship of AES Gener, the musical be presented by the West Side Story will prominent musical director Leonard Bernstein. The co-production of the Houston Grand Opera, Glimmerglass Festival and the Lyric Opera of Chicago, arrives on our stage with stage direction by Francesca Zambello and musical conduction by Pedro-Pablo Prudencio. The lyrical cycle ends with the drama Macbeth, by Giuseppe Verdi, which returns in a production by Ramón López and musical direction by Giuseppe Grazioli.

TheSeason 2020 Ballet promises to be everyone’s taste, with the most successful productions of recent years. As during last summer, we will offer a ballet in January, out of subscription: The House of Spirits, with choreography by Eduardo Yedro and music by José Luis Domínguez.

The first title of the season is Carmen, with opera music by Georges Bizet in the Marcia Haydée version, and then Giselle, a classic in the Luis Ortigoza version and music by Adolphe Adam. The third title of the season is 30 & Tr3s bar hours, ballet in an act with music by the Chilean band Los Tres and choreography by Eduardo Yedro. And, after this contemporary parenthesis, three classics by Piotr I. Tchaikovski: Swan Lake, that returns to the Municipal in the version of Marcia Haydée and musical direction of Roberto Rizzi Brignoli. Sleeping Beauty, also with the choreography of the Director of the Santiago Ballet, Marcia Haydée. Finally, to celebrate the holidays and the family, the long-awaited Nutcracker in the version of Jaime Pinto and new scenographic proposal and costumes by Jorge Gallardo.

In the 2020 Concert Season, the year in which the 250th anniversary of Ludwig van Beethoven’s birthday is celebrated, the Santiago Philharmonic Orchestra will perform the most important works of Bonn’s genius. Likewise, Roberto Rizzi Brignoli, Pedro-Pablo Prudencio, Juan Pablo Izquierdo, in addition to the guest artists Attilio Cremonesi, Paolo Bortolameolli, Alfredo Perl, Giuseppe Grazzioli and Rodolfo Saglimbeni, will conduct works by Gustav Mahler, Piotr I. Tchaikovski, Richard Wagner and Nino Rota, among others. On the other hand, Alejandra Urrutia, current Director of the Chamber Orchestra of the Municipal de Santiago, will conduct the Philharmonic Orchestra for the first time in Concert 4.

Bringing children closer to the performing arts through more playful pieces, designed to suit them, is the priority of the program Small Municipal, which will feature ten school and family productions. After the success of El oro del Rin, the Municipal de Santiago presents La valquiria, second opera of the Tetralogy The Ring of the Nibelungo, by Richard Wagner.also perform Carmen, The Magic Flute, Giselle, Everything with String, Sleeping Beauty and Nutcracker will. In a more intimate format, in the Arrau Hall, younger children can enjoy Timbaltum: a journey through the world of percussion, the king who wanted to be a musician and singing station.

As in recent years, the Municipal de Santiago will offer, in conjunction with the Municipality of Santiago, Citizen Concerts, free and for everyone. The 2020 program also includes the successful series of Noon Concerts, Musical Sundays, the Classical Guitar and the Cycle Improvised Music Cycle.

The renewal of Opera, Ballet, Concerts, Pianists and Small Municipal Fees begins on Thursday 10 and will run until October 25. During this period an additional will be offered 2% discount. Those who wish to purchase new subscriptions may also do so from October 26 until November 11. Part of the benefits of being paid include, among other things, a fixed armchair for all functions and up to a 25% discount on the purchase of other shows of the official season.

In addition, unlike past years, now with the Flexible Subscription You can put together your own show package with attractive discounts. You must choose a minimum of 5 titles, with a maximum of two shows per category (Opera, Ballet, Concerts or Piano).

Meanwhile, the sale of individual tickets begins on November 12 and will be made at the ticket office.